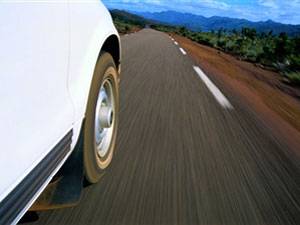 MUMBAI: India, a major base for exporting small cars, is turning out to be a preferred hub for some global automakers to develop and source compact engines.

Renault's research unit in Chennai is developing a 986 cc petrol engine, codenamed B4D, in collaboration with the French automakers facilities in Brazil and Europe. The B4D will be an enhanced version of a 0.8-litre engine that Renault would use in a car it plans to launch in 2015-16.

While Ford plans to use India as a base for manufacturing the engines, its French rival is relying on the capability of its Indian research and development base. Both are trying to gain from India's low-budget capabilities.

Automakers are looking at frugal technologies because of changing customer preference towards lower-priced vehicles. Though sales have been hit by a slowdown in the economy, India is a major market, too, for auto companies which are building new capacities here, especially to manufacture small cars that account for most of the local sales. For these companies, leveraging the manufacturing capacity in India to meet export demand helps keep costs low.

The cost advantage of India over other markets remains strong, and it (manufacturing in India) is a good 30% more cost-effective than the matured base of Europe, said Deepesh Rathore, director of EMMAAA (Emerging Markets Automotive Advisors), an automotive research and advisory firm specialising in emerging markets. "There are competent suppliers in India. With volumes getting larger, it is natural for companies to source key modules of cars like engines and transmission from this country."

Ford's Dragon range of engines is likely to be ready by 2016-17,and the US company plans to produce 1.5 million units of the 1.2- and 1.5-litre engines a year globally, a person with knowledge of the matter said.

"India would be the main supplier with 4 lakh engines a year, and Fords proposed plant in Gujarat (Sanand) would be the lead producer," this person said. "Besides India, the Dragon engine will also be made in China, Europe, Brazil and Russia," the person added.

"We don't comment on speculations related to future programmes or product strategies, a Ford India spokeswoman said in an email response to a request for comment.

In a recent interview with ET, Ford India managing director Joginder Singh had underlined the importance of exports and said that using India as a manufacturing base for exports would also help the company in delivering global products and design at an affordable cost to local consumers.

With both domestic and export volumes, the unit cost of production also goes down, he had said.

Singh had said that the company's global suppliers were also setting up shop in India to cater to its requirements in the local manufacturing facilities.

"We are encouraging them to develop local capabilities. My thinking is localisation will also happen with more complicated technologies like the power train," said Singh.