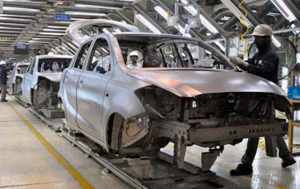 By 2016 Nissan India could come up top amongst the list of Group companies and subsidiaries that export parts from their local operations. And the jump in exports during the next two years is likely to come from addition of Datsun parts to its export portfolio.

The Indian outfit of the Japanese company is already the second on the list of top subsidiary exporters that produce components and parts for a range of global cars. The Nissan Sunny and Micra, which have been in production in India and in other markets, has been one of the reasons for the jump in ranks for the Indian subsidiary.

Talking to Business Line, Toshihiko Sano, Managing Director of Renault Nissan Automotive India (RNAIPL), said that based on the potential for exporting Datsun parts to other countries where the brand is to be debuted next year, the Indian operations stands a good chance of topping the list. The list based on volume of parts exported is currently headed by Nissan Japan.

“From Japan the total exports are about 76 million units this year. India is at around 52 million parts, and Thailand and China stand at around 50 million each. The increase in number of export parts has boosted India to the second position”, Mr Sano said.

Nissan India is currently exporting a number of child parts, engine and body parts to overseas markets. “We export to about 101 countries worldwide and there are many parts that we export from India regularly to 14 countries, including big markets like the UK, Brazil, Mexico and USA.

Depending on the production volume of the export countries, Japan is number one in parts production currently,” Mr Sano added.

Mr Sano mentioned that the high localisation of Datsun production in India and the advantage of platform and parts sharing mean that the addition of Datsun parts will boost the Indian arm’s exports performance in the years to come. Also within a couple of years the Datsun GO+ will be rolling in Indonesia. “We have a plan to export around 25 per cent of the Datsun GO+ parts to Indonesia from India. Therefore our export of parts will get a big boost, though overall the numbers will depend on the sales performance of the new model in the Indonesian market,” he said.