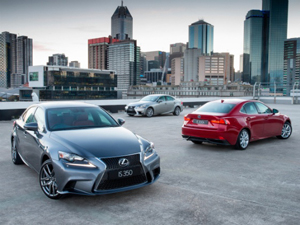 Bollywood A-listers have a reason to celebrate. The Lexus brand, known to be the favourite of many Bollywood celebrities and industrial moguls alike, will soon make its way to India. Although rumours of the Lexus brand coming to India have been quite rampant for a few years now, Toyota management have always maintained a very negative outlook on the same. At the 2014 Indian Auto Expo though, Naomi Ishii, Managing Director of Toyota India hinted at a possible entry into the rapidly growing Indian luxury car market soon.

Speaking after the launch of the Toyota Etios Cross, Naomi Ishii said, “ India is one of the most important markets in the world for Toyota and by 2025 India might prove to be the top three largest markets for automobiles in the world. The entry of Lexus in India is only a matter of time.” He continued to mention how the entry of Lexus to the Indian automotive market was one of the most important points on his agenda and how Toyota was looking at all markets and segments instead of concentrating on the ones it is popular in.

Sandeep Singh, Deputy Managing Director, Marketing, also mentioned how the volatile economy, trends and preferences in India was playing a big part in Toyota’s reluctance in launching their vast range of global cars like the Toyota Avenza in the country. He also mentioned how despite the recent trend by all major automotive manufacturers to enter the compact SUV and compact sedan market, Toyota has no immediate plans to do either but instead will concentrate on making improvements to the Etios, Innova and Fortuner range instead.

Another big reason that Toyota have never seriously considered the luxury Lexus brand is due to the absence of a diesel engine line in their luxury offerings. Although one might expect the premium customer to accept a petrol engine, studies and sales figures show that the diesel option is still the more favourable one. One of the reasons Toyota have introduced the Hybrid Camry is to test the waters to gauge the reaction of the automobile buying audience as compared to a traditional diesel engine powertrain. Honda too will be trying something very similar with its Accord Hybrid but will also offer a range of new petrol and diesel engines. Both Honda and Nissan are also considering bringing their luxury offerings, Acura and Infiniti respectively to India soon.