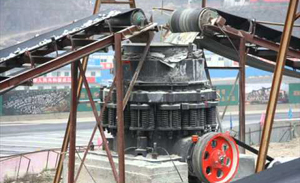 "We started shipments in January 2014 to Myanmar of about 10,000 - 12,000t. It is not very remunerative, but when the chips are down, we have do something to stay afloat," said Vipin Agarwal, CEO-south, Dalmia Cements. He added that producers make 'token' profits from this market but hope it will become profitable in the future. Dalmia transports its cement from Dalmiapuram in central Tamil Nadu to Tuticorin port for subsequent export. Ramco Cements also starting trialling cement exports to Myanmar in mid-2013, having shipped around 40,000t so far.

Agarwal said that demand in south India has continued to fall with growth in Karnataka, no change in Kerala and decreases in Tamil Nadu and Andhra Pradesh. Cement producers in the region are operating at 55% of their rated cement production capacities. Myanmar is the second export market that cement producers are testing, after Sri Lanka.