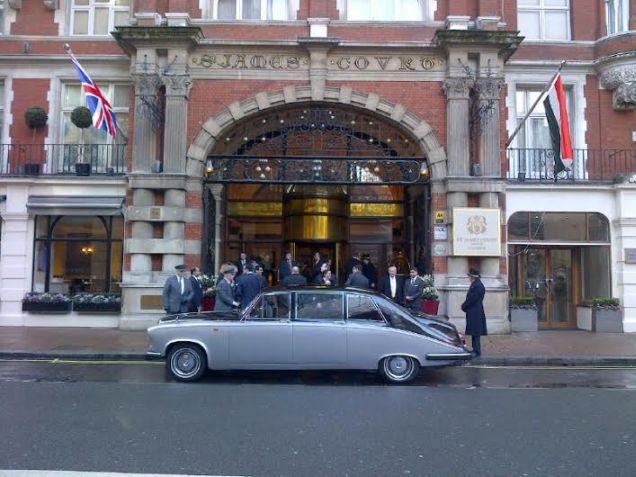 Taj Hotels has rebranded its London hotels after taking over full ownership and management. Its two new London hotels, St James' Court, A Taj Hotel and Taj 51 Buckingham Gate Suites and Residences, would now be promoted within the Taj Group’s portfolio of luxury hotels, resorts and palaces.

The Taj Group has sole operational and marketing control of both properties, which are the Indian company's first two UK properties.

St James’ Court was formerly known as the Crowne Plaza and was built in 1902 and has 342 rooms. The Taj 51 Buckingham Gate has 86 rooms. Both hotels are located adjacent to the Buckingham Palace and Green Park.

At the Taj 51 Buckingham Gate, there is the Taj Royal Attache butler service, as well as an optional Jaguar airport transfer and exclusive horse and carriage rides. In addition to the two signature suites, what the company touts is the world’s first Jaguar Suite and the uniquely designed Cinema Suite.

Commenting on the launch in a statement, Raymond Bickson, CEO of the Taj Group said, the important rebranding comes with the increasing strategic links between India and the UK. The Group has restored the iconic hotels, which have more than a century of heritage.

The developments at the Taj Group in London are particularly significant in the context of the importance and legacy of the Tata Group in the UK. The Tata Group has had a strategic presence in Europe and the UK for more than a century and the UK is Tata’s leading international market.

The Tata Group is also the UK’s largest manufacturing sector employer and one of its largest foreign investors. This initiative adds to the portfolio of iconic brands in the UK like Jaguar, Land Rover, Tata Steel Europe, formerly Corus Group and Tetley Tea.