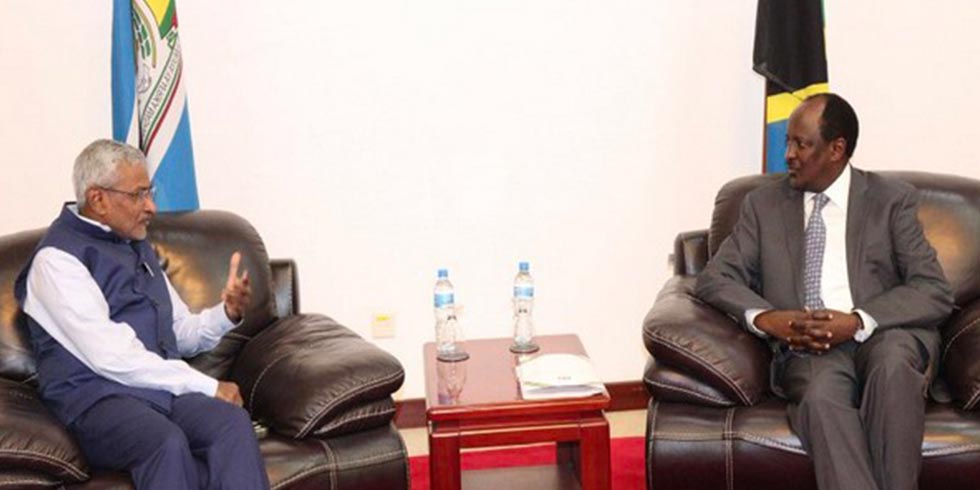 The creation of an Indian Special Economic Zone (SEZ) in Tanzania and bilateral commerce in Indian Rupees and Tanzanian Tshilling have both been investigated by India and Tanzania, its economic partner in Africa.

When Secretary (ER) in MEA Dammu Ravi visited Tanzania on October 6–7, these concepts were examined. He visited with Emmanuel M. Tutuba, Permanent Secretary, Ministry of Finance & Planning, and Joseph Edward Sokoine, Permanent Secretary, Ministry of Foreign Affairs and East African Cooperation, during his visit.
He had in-depth conversations with Sokoine about bilateral ties between Tanzania and India during their encounter. The Secretary (ER) met with his counterpart from the Finance Ministry to discuss a variety of topics, including development cooperation, alternative project financing methods, the potential opening of an Indian Special Economic Zone in Tanzania, and bilateral trade in Indian Rupees and Tanzanian Shillings. According to a statement by MEA, the Tanzanian side accepted the suggestions and both parties decided to work on them.
The Secretary (ER) also spoke at a business event at the Indian High Commission, where he spoke with over 85 company owners and CEOs of Tanzanian and Indian firms. The event also drew prominent members of the Indian diaspora.
On October 7, 2022, Secretary (ER) visited Zanzibar and spoke with President Hussein Ali Mwinyi. The president of Zanzibar hailed Indian development assistance and requested Indian investment in the island's IT, blue economy, and healthcare sectors, among other fields. Secretary (ER) also went to a project site for Zanzibar's water supply that was still under development. Under the auspices of the Government of India Lines of Credit, three Indian businesses are now putting water supply projects into action in Zanzibar.
With 700 yearly scholarships for short- and long-term courses and over 1.1 billion US dollars in Lines of Credit, Tanzania is one of India's key development aid partners in Africa. For the years 2021–2022, there will be USD 4.5 billion in bilateral commerce, and Tanzania would receive USD 3.6 billion in Indian investment.