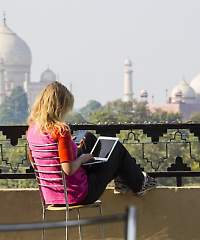 India’s inbound tourism strategy needs to be tailored to the leisure segment, business travel, while medical and adventure tourism and domestic tourism should be targeted at the middle age segment (35-50 years) to cash in on the rising disposal incomes and increased propensity to travel, a quick survey by FICCI reveals.

The survey findings released to the media today by Jyotsna Suri, Vice President and Chairperson of FICCI’s Tourism Committee, show that a bulk of the respondents (37%) saw the potential growth in inbound tourism in the leisure segment.

Business travel and medical tourism came second with adventure tourism, the third. The respondents are of the view that India’s tourism should target the middle age segment (35-50) to accelerate its growth. The strategy, hence, should be to capitalize on the growing disposable incomes on travel and entertainment. The survey received 480 written and telephonic responses from tourism industry professionals in hotels of all categories, tour operators, travel agents, airlines, investors and tourism associations.

Suri said 55 percent of the respondents felt that there will be a moderate impact of the slowdown on tourism over the next six months on tourism, 45 percent opined that there would be no impact.

The FICCI survey reveals that the industry feels let down by the Union Budget 2013-14 proposals as these have had no impact on tourism. In fact, around 45 percent said the Budget impacted the industry negatively due to major unmet and long standing demands such as declaration of tourism as an industry, export industry status and inclusion of hotels as infrastructure. The silver lining is that 46 percent of the respondents were confident of the foreign tourist arrivals to go up in the coming 6 months.

Their optimism stems from the fact that inbound arrivals to India have grown by 2.1 percent in January and February 2013 and in during these 2 months, the Foreign Exchange Earnings from tourism rose by 19.8 percent in rupee terms and by 11.4 percent in dollar terms.

It was remarkable and extremely encouraging to note that 83 percent of the respondents were of the view that the current environment of safety and security for the foreign travelers in India was totally safe. A small minority was skeptical on this point.

As regards the air fare structure, a majority (75%) of the respondents felt that the air fares for foreign tourist movement in the country were expensive as compared to India’s competing destinations. Said Suri, this must be noted as cheap air connectivity is imperative for augmenting foreign tourist arrival.

Suri said that the government of India needs to work towards meeting the critical demands of the tourism industry that contributes an estimated Rs. 94,487 crore towards foreign exchange, around 6.4% to the GDP and 7.8 percent towards total employment.