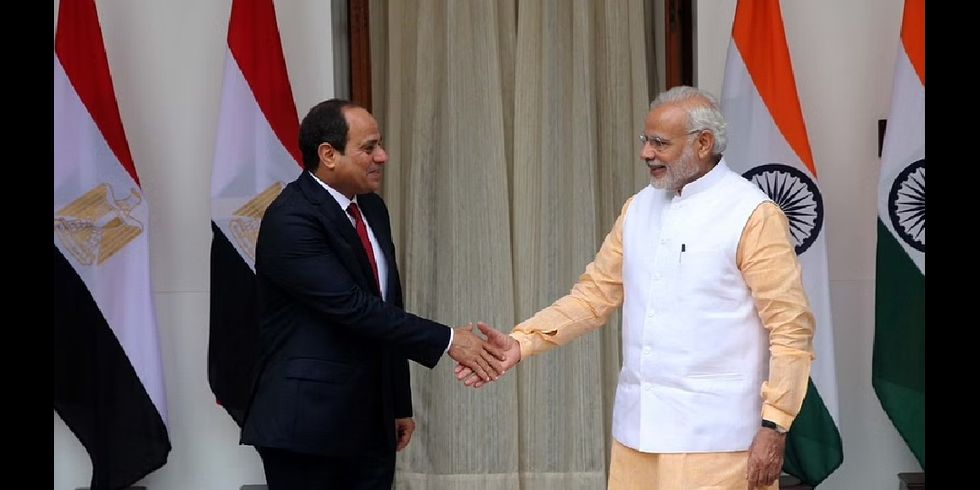 Senior officials from India and Egypt have held one round of talks and are set to meet again in a conference later this month as India eyes Egypt as a gateway to North Africa for its pharmaceutical exports, and the African nation seeks to leverage Indian businesses to strengthen its API industry and domestic drugs production.

However, they have to overcome a challenge: India is not among the countries currently approved by Egyptian authorities for good manufacturing practices.
Recently, officials from the two countries met to discuss partnerships for pharmaceutical trade, regulatory cooperation, AYUSH, and pharmaceutical education and research. India’s department of pharmaceuticals has sought comments from the Central Drugs Standard Control Organization (CDSCO), National Institute of Pharmaceutical Education and Research (NIPER) and the ministry of AYUSH to take this forward.
“India is the top import partner for South Africa for formulations. Egypt is looking to become a hub for the supply of vaccines, pharmaceuticals and medical devices for the domestic market as well as for other African countries. They are looking forward to attracting Indian pharma companies to look at Egypt as a manufacturing base catering to the African and regional markets for medicines, serum and vaccines. Egypt follows the Good Manufacturing Practice (GMP) model of registration, and India is not among the 22 reference countries accepted by the Egyptian authorities," a person familiar with the matter said.
At the first meeting of the India-Egypt Joint Working Group held in March, it was decided that India would share its best practices in terms of pharmaceutical trade, AYUSH, pharma research, regulatory cooperation, education and investment. “This entire cooperation is beneficial to India in terms of building resilience and diversifying its global supply chains," the official said.
Dr. Sondos Mohamed Moshtohry, International Cooperation Officer- chairman of Egyptian Drug Authority (EDA), headed the Egyptian team while the Indian delegation was led by senior officials from the department of pharmaceuticals and its key partners.
“The respective agenda points have been taken forward by each individual. We have sought comments from our different stakeholders such as CDSCO, NIPERS and the ministry of AYUSH," said the official adding that the upcoming “Africa Health ExCon" meeting on 5-7 June will play a key role in taking in building strong bilateral ties.
During April-September 2021, India was Egypt’s fifth largest trading partner. It was the largest importer of Egyptian goods and the seventh largest exporter to Egypt during the same time.
“Because we follow Atmanirbhar strategy in India, so everyone wants reliable and diversified sources. Therefore, Egypt is looking to India as a significant partner to boost its pharmaceutical industry," said the official.
Queries emailed to the spokesperson of the ministry of chemical and fertilizers and the embassy of Egypt remained unanswered till press time.