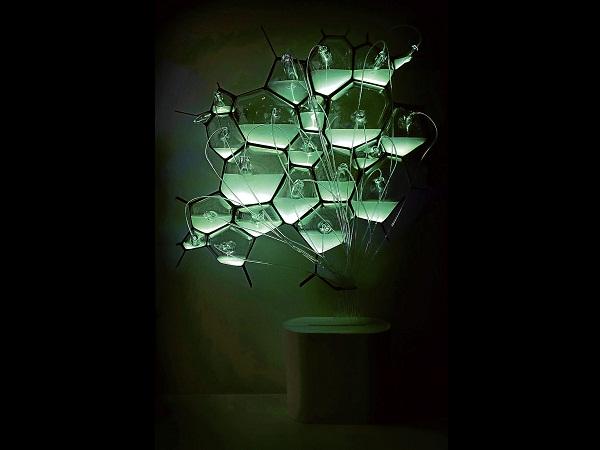 Lighting. An important part of life that most of us take for granted, except when streetlights go off or power fails. Take note of the fixtures and fittings in your house, offices, malls, etc., and realise that so much has changed in the way we use light in the 21st century. Natural light is missing from our routine and surroundings. Incandescent bulbs, compact fluorescent lamps (CFLs) and the like will be passé by the next decade.

Lighting is not a mere utility now; it is a fashion statement in the tricity, with the Elante Mall and the new property, The Lalit, leading the way. Each light at Elante, for instance, would have cost a minimum of `2,000 each and there are more than 600 of these at the property.

However, luxury is just one part of the experience, to be afforded by few.

Energy efficiency is the key and the Rs. 10,000-crore industry in India (around `100 crore in the tricity) claims to have a ready solution, the Light Emitting Diodes (LEDs).

With lighting accounting for 20% of the power consumption across the country, the new energy-efficient LED technology and the product range are expected to take the market by storm, according to a research report by Frost & Sullivan, a consulting firm.

The segment is growing 40% a year, against the industry’s 10%. The governments of Kerala and Himachal Pradesh are in the process of offering subsidies. The margins for a retailer are 16-20% and his target clients are not repeat customers, but new homes, construction and businesses.

However, most consumers are not aware that LEDs are quality products; the technology is usually dismissed as cheap Chinese imports, fit for use only in toys. Street lighting is another vertical and is dealt with on business-to-business or business-to-government basis.

It is a competitive business to be in and is often a pointer to the health of the economy. Suppose, we want to check the power surplus claims of Punjab, how do we do it easily? Study the sales at the local shop stocking bulbs, lights, etc., and you have the answer. With false ceilings emerging as a fad in newly-built homes, fancy and decorative LEDs have gained currency. Phillips has entered into agreements with interior decorators to push sales. In October 2013, the company signed Ranbir Kapoor and Shruti Hassan to endorse its range of LED products. These offer high margins, as they are built to last 7-10 years.

LEDs are not in mass use at the moment, far from it. However, it will phase out even the CFL by 2020. Its cost, six times of a CFL, will reduce to three-five times by 2018, experts say.

India does make LEDs. We have Noida-based LED maker, NTL Electronics, started in 1992, which has plans to manufacture a crore LEDs a month in a venture with Lemnis, a Netherlands-based company. It has also supplied to Swedish furniture major IKEA, in news for failing to find favour with the Delhi government.