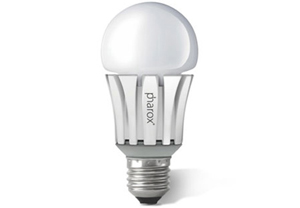 With compact fluorescent lamps (CFLs) being replaced by light emitting diode (LED) technology globally, NTL Lemnis, leading manufacturer of LED lighting solutions in India, is all set to double its production capacity to 10 lakh pieces each month in 2014-15.

NTL Electronics has so far invested Rs 150 crore on its seven plants in Noida, Dehradun and Roorkie, besides investing nearly Rs 25 crore on setting up its eighth plant. “Although we have yet to take a final call, we may set it up in Gujarat,” Arun Gupta, Managing Director, NTL Electronics and Global CEO, NTL Lemnis, told Business Line here.

NTL Electronics, which currently manufactures electronic ballasts for supply to the major CFL players, also manufactures its own lamps, and has the capacity to manufacture 1.80 crore pieces a month, he said.

The first LED lamp in India was developed and manufactured by NTL, a frontrunner in converting CFL lamps to HPF (High Power Factor), as well as redesigning them to make them more cost-efficient.

At present, he said, NTL Lemnis is focusing on markets in Europe, Africa and India, particularly industries seen as energy guzzlers such as retail, IT, ITeS, hospitality and healthcare. Together, the two companies have made bulk sales of over 7 million LED bulbs so far.

Gupta said NTL’s annual turnover was Rs 700 crore in 2012-2013, making it the largest electronic manufacturing company in the lighting industry in India.

In 2010 private equity firm CX Partners picked up a 20 per cent stake in the company.

The demand for LED lighting in India is expected to grow by about 40 per cent per annum over the next five years. The size of the current lighting market in India stands at around Rs 9,600 crore and the LED lighting industry's share is around Rs 1,000 crore.

A McKinsey report predicted that 70 per cent of lighting will become LED-based by 2020.