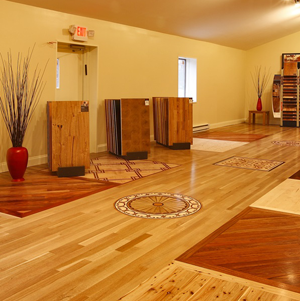 Avant which has tied up with NCC Urban to market its flooring offerings in south, west and recently north, sees Delhi as a potential market in India as the city is a hub for imports and volumes can be high. South and west may give the company good price realization while north will fetch high volumes. “North may not give us good realization,” Gopinath says. East market has not matured yet. Apart from Kolkata companies like Avant may not find any other attractive market in the eastern region.He says, “India has seen a major shift in consumption after the year 2000. US and European companies started tapping the market as preferences and buying patterns kept changing.”

The recent years discouraged international companies from foraying into India on account of duty component and exchange factors. Within Asia, India however remains as the second most attractive market after China. European companies still see some potential in the Indian market. Explaining the reason why not many multinational giants have tapped the Indian market, Gopinath says, “Logistics and transport is a big challenge for them as the country is widespread. If the multinationals do not have a domestic partner, companies would need at least three years to establish their footprint in the market.”

“If companies in this space get better incentives and support from the government, setting up manufacturing facilities in the country will be viable.” As of now, the domestic supply source accounts for just 2 per cent while the 98 per cent of supplies are imported in the wooden flooring segment. China used to dominate in exporting its supplies to India, but not Europe and US have succeeded in taking a larger e.mports from Europe account for about 45 per cent todayOn uitability of Avant’s products to Indian climatic conditions, he says, “India has varied climatic zones. Our products are developed in such a way that they can withstand climatic changes and climate patterns as there is no impact of humidity or moisture.” For Avant, Germany, Middle East and India will be top three markets in future. The company has keen interest in exploring South Africa as the market seems promising.