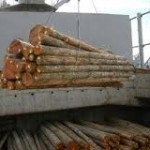 Indian lumber market has been a potential growth market for Canadian lumber despite misinformation about wood construction that have limited exports even as they have soared in neighboring China.

According to Canada’s natural resources minister Joe Oliver said during a conference call from Mumbai, where he’s on a six-day trade mission, “This is the fourth-largest consumer market in the world. For us to ignore that would make no sense and we’re not and we see enormous potential,”

The federal government announced it is investing an additional $600,000 to spur efforts to boost lumber exports to a market with about 1.2 billion people.

He further added by saying, “China was very small too 10 years ago and yet the Chinese market was crucial in helping our forestry industry emerge from the recession when residential construction in United States basically collapsed.”

He said exponential growth in India fuelled by rising disposable incomes will accelerate demand for all kinds of Canadian products, including lumber, oil and gas, mining products and nuclear power.

“There’s nothing at the moment but when it happens we’re looking at an additional market in the billions.”

Oliver also said there is growing interest by India in investing in Canada and said the impending election of a new prime minister to replace Manmohan Singh won’t impede the potential “irrespective of who wins.”