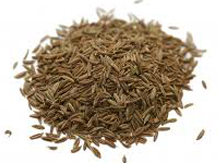 With short supply from other jeera producing countries, export from India is likely to cross 100,000 tonnes by end of March 2014. According to industry sources good quality and lower price have lured countries to India.

"At present India is the only source for good quality jeera. Moreover, in the international market Indian jeera is cheaper compared to those from other countries including Turkey and Syria. That's why jeera export has increased this year," said Girish Brahmbhatt, chairman, Indian Spice and Foodstuff Exporters Association (ISFEA).

Indian jeera prices in international market was about $2,000-2,200 per tonne while jeera those from Turkey and Syria were costing about $ 2,800 per tonne.

"Because of lower prices and good quality international buyers including European Union countries and US are attracted to India. As a result there is a rise in export this year," said Hemant Bhuta, partner, Narottamdas Harivallabhdas and Company from Unjha.

"India's export likely to be over 100,000 tonnes this year as India is the only country supplying jeera in international market," said Yogesh Mehta, managing director of Spicexim, Mumbai. Mehta is also director in ISFEA.

"Supply barrier from Turkey and Syria is the main problem and as a result most of the demand has diverted to India in past two years. Good export demand also encouraged jeera sowing in the country," said Ashvin Patel, managing director, BS Commodity Limited from Unjha.