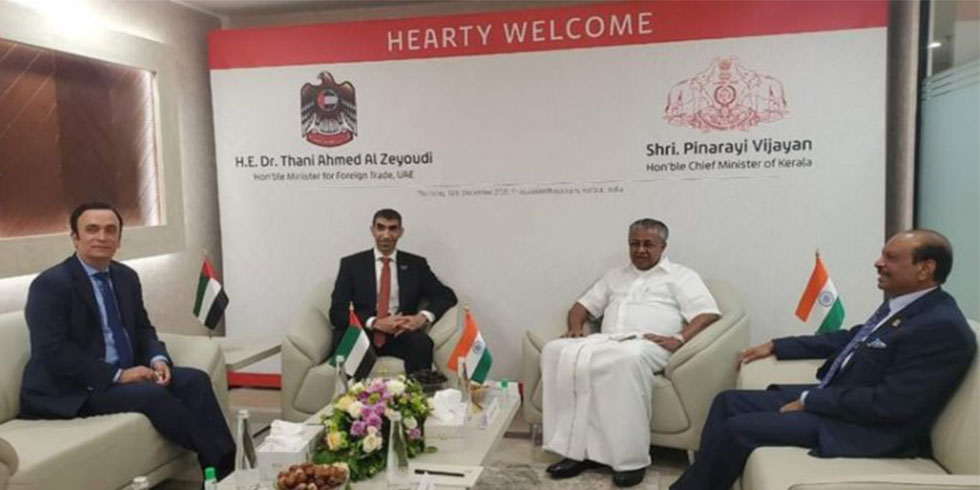 According to Kerala Chief Minister Pinarayi Vijayan, the UAE government has agreed to build a state-of-the-art food park.

After meeting with UAE Minister of State for Foreign Trade Thani Ahmed Al Zeyoudi, Mr Vijayan announced that the gulf nation will establish three food parks in India, one of which will be in the southern state.
"The United Arab Emirates has committed to build a cutting-edge food park in Kerala. The details would be negotiated with the technical team, according to the UAE Minister of State for Foreign Trade. Thank you to the UAE government for their unwavering support for Kerala's development "Mr. Vijayan sent out a tweet.
The meeting was attended by UAE Ambassador Ahmed Al Banna and Lulu Group Chairman MA Yusuff Ali.
The UAE leaders were in Kerala to attend the opening ceremony of the Lulu Group's newly opened mall.