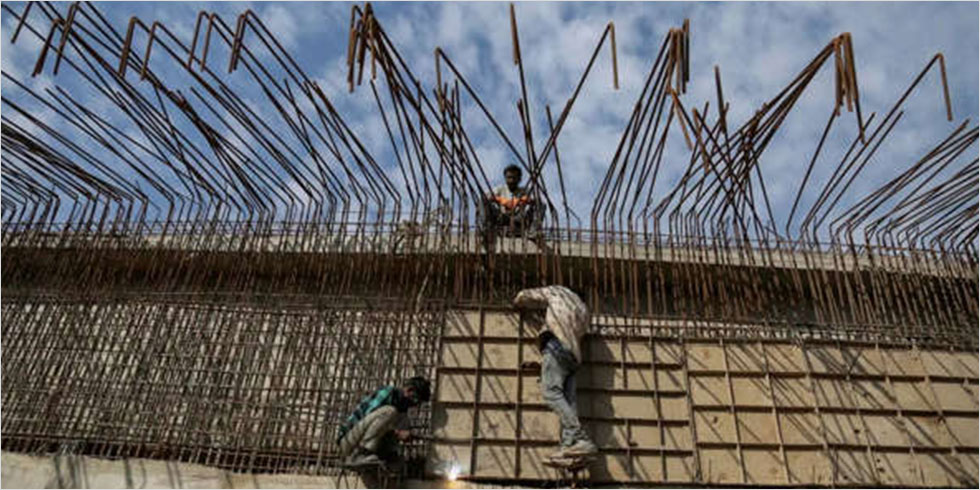 The country’s economy grew by 8.4% in the July-September quarter, broadly in line with expectations, led by a steady farm sector and double-digit expansion in public administration, defence and other services as the impact of the base effect waned and weighed on the overall numbers.

Data released by the National Statistical Office on Tuesday showed the economy grew an annual 8.4% in the three months to September, slower than the 20.1% expansion recorded in the previous quarter but above the 7.4% contraction in the second quarter of the previous year. The Indian economy has recovered swiftly after the bruising impact of the lockdown to prevent the spread of Covid-19 in the first quarter of 2020-21, when it contracted a record 24.4%.
While some economists said the disaggregated data for the September quarter was far from convincing, the government asserted that the economic recovery has continued robustly in the second quarter and the base effect does not make it less noteworthy. Chief economic adviser Krishnamurthy Subramanian said the economy was likely to have double-digit growth in 2021-22, 6.5% next year and above 7% thereafter. He said the impact of the second generation economic reforms unveiled by the government will continue to unfold and strengthen the recovery.
Industry and the crucial services sectors were largely the growth drivers in the second quarter. The services sector rose 16.2% quarter on quarter and 10.2% year-on-year. The reopening of economic activity and resumption of contact-intensive services has added to the momentum. The sharp pick-up in vaccination is expected to help in boosting consumer sentiment.
The data showed that private consumption was up 11% from the previous quarter while investment was 13% higher but estimates by Care Ratings showed that as a percentage of GDP  private consumption at 57.3% was the lowest in the last five quarters while investments (as measured by gross fixed capital formation - GFCF) continued to be below 30%.
A State Bank of India research report said overall, the economy is still operating at 95.6% of pre-pandemic level (with "trade, hotels, transport, communication & services related to broadcasting" still at 80%) and it should take one more quarter to recoup the losses.
Economists said price pressures and the risk posed by the new coronavirus variant could pose challenges for the domestic and global economic recovery.
"While the Indian economy has come off the record decline of last year, it is yet to surpass pre-pandemic levels in a meaningful manner. Even if the pace of recovery is sustained in the next two quarters, India’s GDP for the year is expected to be only marginally higher than that in FY20 (by around 2%)," Care Ratings said in a note.
"Demand and investments are yet to see a meaningful and durable pick-up. Improvements in these are expected to be limited and gradual given that even before the pandemic, the domestic economy was grappling with low demand and subdued investment climate. To add to this, domestic and external challenges and uncertainties abound. The rise in price levels and the underlying threat from new variants of the Covid virus and the associated challenges of on-and-off restrictions and lockdowns could be a setback/challenge for domestic as well as global recovery," according to the credit rating agency.