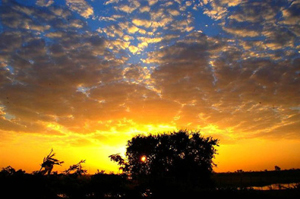 The power plant is part of the first phase of the ambitious Indian program, the Jawaharlal Nehru National Solar Mission, which aims to set up 22,000 MW of solar power capacity by 2022. The project developer was allocated 100 MW capacity under the tender process completed in 2011 but decided to develop an additional 25 MW capacity.

Of the 125 MW capacity, only 100 MW has been contracted by the central government, while the balance is expected to be sold to private utilities. The project developer claims that the project can generate up to 280 GWh of electricity every year and can offset over 2.1 million tonnes of carbon dioxide emissions over a period of 10 years.

Earlier this year, the project became the world’s largest solar power plant to be registered under the United Nations Clean Development Mechanism. If commissioned in March 2014, the project would have missed the commissioning deadline by almost a year but would still mark a significant milestone in India’s quest to master the concentrated solar power technology.

The project would be commissioned at an estimated cost of $330 million with a number of international and Indian banks pitching in. Compact Linear Fresnel Reflective technology, supplied by AREVA USA, has been used in the project. The reflectors focus the solar radiation to an overhead pipe that contains a heat-absorbing fluid. This fluid transfers heat to water, producing steam to drive a steam turbine which in turn is connected to a generator.

Indian companies are planning to set up large solar power plants in the near future. A 150 MW solar PV power plant is likely to come up in the western state of Maharashtra soon while another private sector company, Welspun Energy, is working on a 130 MW solar PV project in the central state of Madhya Pradesh.