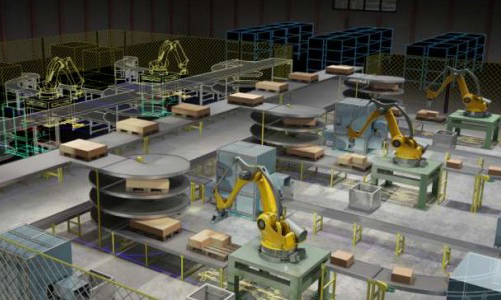 The fastest growth in exports for two years, revealed by the manufacturing PMI, shows that the recovery may have a stronger footing than expected.

The manufacturing Purchasing Manager’s Index showed exports hit 56.5 versus 53.6 in September, the highest score since February 2011.

PMI authors Markit said its October manufacturing index edged slightly lower to 56 from a downwardly revised 56.3 in September, but remained close to August’s two-year peak of 57.1.

“Despite only accounting for less than 11% of the economy, the current strength of growth seen in manufacturing means the sector will still provide a major boost to the economy in October, boding well for the strong pace of economic growth we saw in the second and third quarter being sustained into the fourth quarter,” said Rob Dobson, senior economist at Markit.

“The survey suggests manufacturing output is growing at a quarterly rate of around 1%-1.5%.”

While manufacturing has been a good bellwether for the slow economic recovery, there were few signs that exports were really part of the story. In July, a report by accountancy firm Ernst & Young showed that only while exports were rising, the rate was low and only 5.2% of UK exports (£27bn) were going to the high growth BRIC economies – lower than the UK’s exports Belgium.

These figures show exports appear to be a bigger part of the recovery. Indeed, in the West Midlands specifically, exports are up a thumping 30% since Q1 2011, although elsewhere in the UK exports have fallen in the same period.

“Today’s PMI figures resonate with the growing confidence we are seeing amongst our clients,” said Mike Rigby, head of manufacturing at Barclays. “There is a generally more optimistic outlook, helped by the fact that manufacturers have entered one of their peak production periods in the run up to Christmas.”

Lee Hopley from manufacturing group EEF commented:  “Buoyant output across all sectors and an upbeat view of demand at home and in overseas markets bodes well for a sustained recovery in the fourth quarter and into 2014.

“While we expect to see a mild contraction in output overall for 2013, we are forecasting growth to bounce back to over 2% next year.”