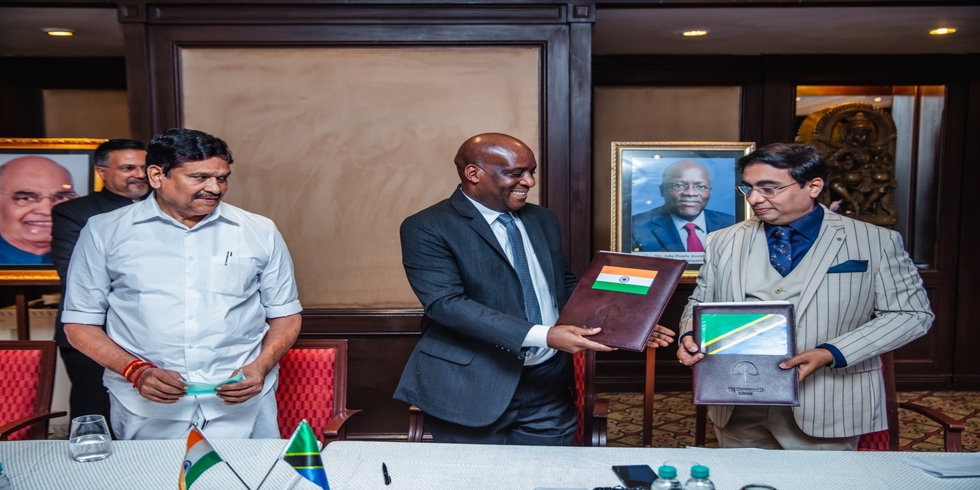 Tanzania and India have had close relations for over 70 years and have mutual trust in a variety of commercial and development initiatives. Tanzania nominated Mr. Krishna N. Pimple as Honorary Consul of the United Republic of Tanzania in Chennai for the states of Tamil Nadu, Kerala, Karnataka, and Andhra Pradesh to strengthen this connection in Southern India.

Tanzania has chosen to expand its South Indian presence from Chennai to Kochi, Bengaluru, and Vishakhapatnam through the establishment of Honorary Consuls of the United Republic of Tanzania at these cities in order to advance commercial and other activities, as well as with Covid-19 in mind.
H.E. Mr. Baraka H. Luvanda, Tanzania's High Commissioner to India, recently opened the Consulates in Kochi and Bengaluru. Mr. T. J. Vinod, MLA Ernakulam, stated on the occasion in Kochi that this will meet the requirements of the state of Kerala and improve connections between the two nations. The Mayor of Kochi, Adv. Mr. M. Anilkumar, greeted the High Commissioner and stated that the establishment of an office was a vital step in growing commerce and business and that he has pledged his full cooperation.
Dr. Ashwathnarayan C. N., Karnataka Deputy Chief Minister, met H. E. Baraka Luvanda and Mr. Krishna Pimple, Hon. Consul, and expressed his delight at the inauguration of the Tanzania Consulate in Bangaluru. According to Dr. Ashwathnarayan, the establishment of the consulate office in Bengaluru would increase chances for collaboration between Karnataka and Tanzania. Mr. B. Vinod Kumar, Vice-Chairman of the Telangana State Planning Board, attended the inauguration of the Tanzanian Consulate's liaison office in Hyderabad. He stated that the move will help to strengthen connections between the two nations by pursuing a direct flight from Dar es Salaam to Hyderabad.
Shri Thaneeru Harish Rao, Telangana's Minister of Finance, met with the Hon High Commissioner and the Hon Consul and congratulated them for establishing a liaison office. He pledged his full support for increased commerce and investment between the two countries. H. E. Mr. Baraka H. Luvanda has described these consular services as a constructive move aimed at bringing southern India closer to Tanzania, as well as facilitating commerce, business, investment, tourism, and mutual connections between India and Tanzania. This initiative was organised by Mr. Krishna N. Pimple, Honorary Consul of the United Republic of Tanzania in Chennai with Consular Jurisdiction over Tamil Nadu, Karnataka, Kerala, and Andhra Pradesh.
Previously, in February 2021, Mr. Krishna N. Pimple was appointed Honorary Consul of the United Republic of Tanzania in Chennai. The Chief Guest was Shri. Thiru M.C. Sampat, Minister of Industries of Tamil Nadu. The Honorary Consuls of several nations, Dr. Bernard Kibesse Dy. Governor, Bank of Tanzania, CII, IACC, and the Consul General of the United States of America, H.E. Judith Ravin, had all attended the ceremony at the Tanzania Consulate in Chennai.