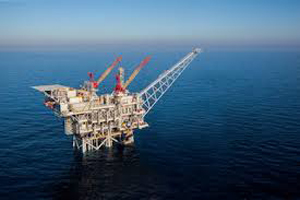 India’s state-owned energy Oil and Natural Gas Corporation bought a 10 percent stake in Area 1, a gas field off the coast of Mozambique, for $4.2 billion today. Area 1 is estimated to contain as much as 65 trillion cubic feet of natural gas, and is one of the largest offshore gas fields in the world. Coming on the heels of China’s announcement of forthcoming investment in energy and infrastructure projects in Kenya, India’s deal in Mozambique signals a renewed focus by Asian businesses on east African opportunities, especially in oil and gas.

India’s links to east Africa go back centuries. When Portuguese explorers arrived in India in the 1500s they found well-developed trade links that spanned the Indian ocean and the Arabian Sea. “One of the best, the finest, and richest and greatest marts, not only of the Mogul’s country, but of all the Indies,” the French historian Claude-Marie Guyon wrote of Surat, in Gujarat, in 1757. “It is here that the Indians constantly embark to go and trade on the coasts of Persia, Arabia, Egypt, and Africa, even to the Cape of Good Hope, and in the island of Madagascar.”

Indians haven’t always fared well in east Africa. In 1972 the Ugandan dictator Idi Amin ordered all Indians and Pakistanis to leave the country within 90 days; he said he had a dream in which God told him to order the expulsion. Tens of thousands of Asians fled, leaving behind businesses both large and small and a sudden lack of experienced managers.

But now India is returning to Africa, and Mozambique’s gas reserves are only one attractive investment among many. Trade between India and Africa has exploded over the past decade, reaching $50 billion in 2011–12. But there are hurdles to go along with the opportunities: “Lack of financing and poor infrastructure facilities are the two key constraints in India-Africa trade and investment,” reads a report by the Confederation of Indian Industry and the WTO from July. ”Transport and logistics costs and poor business environments are cited as major difficulties by Indian traders.”