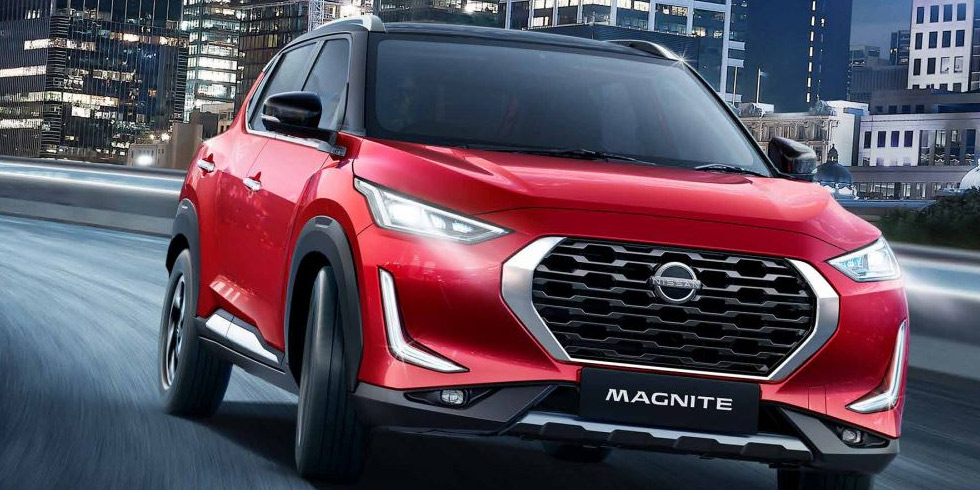 Nissan India announced on Monday that shipments of its recently released subcompact SUV Magnite had begun to Indonesia, South Africa, and Nepal, with 1,200 units built for outside markets through May.

Magnite was launched in the Indian market by the Japanese automaker in December of last year.
The B-segment sports utility vehicle is manufactured at the Renault Nissan Automotive factory in Chennai, and is built on the idea of 'Make in India, Make for the World.'
In a statement, the automaker said it had produced over 15,010 Magnites through May, including 1,220 for export to Indonesia, South Africa, and Nepal.
Nissan India announces the exports of the all-new Nissan Magnite to Indonesia, South Africa and Nepal.
Since its launch, the company has produced 15,010 sub-compact SUVs (till May-end 2021), including 13,790 for India and 1,220 for exports, the company said in the statement.
The new vehicle has duplicated its success in India in Nepal, with over 760 bookings in the first 30 days of its February introduction in a market with monthly passenger vehicle sales of 1,580 units, according to the company.
"Having already made a mark in the Indian market, with its impeccable design and the latest technology, the all-new Nissan Magnite is driving excitement amongst customers on a global scale.
"Built on the philosophy of 'Make in India, Make for the World', the all-new Nissan Magnite will explore more export markets after the overwhelming customer response it has received in the Nepal market," said Sinan Ozkok, President, Nissan Motor India Pvt Ltd.
He added that the business is convinced that the game-changing SUV would boost exports as part of Nissan's NEXT transformation plan for long-term success.
Nissan India said it was able to meet increased demand in the Indian and foreign markets by introducing the third shift in its manufacturing process earlier this year, along with over 1,000 new recruits across the manufacturing unit.