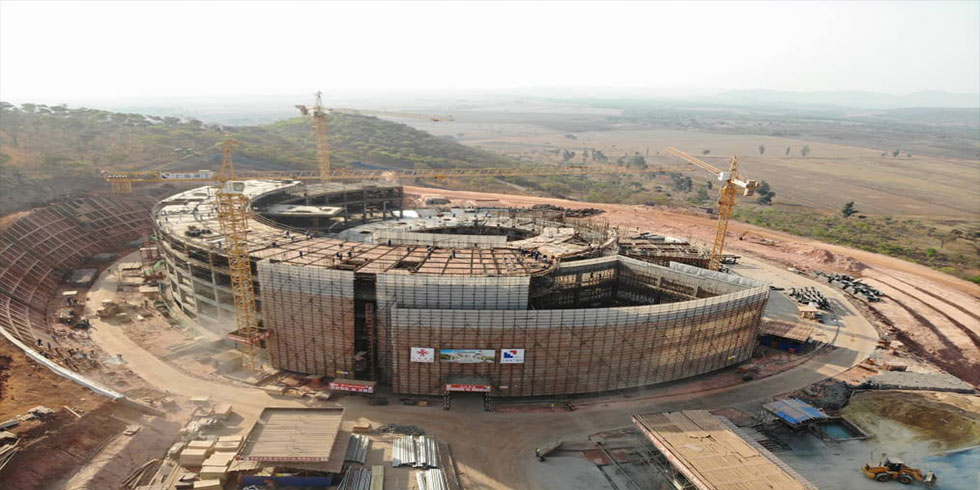 India will help fund the new parliament building of Eswatini with the Export-Import Bank of India (Exim Bank) covering a line of credit of $108.28 million.

A landlocked country in Southern Africa, Eswatini shares its borders with neighbouring countries Mozambique and South Africa. The country was earlier known as Swaziland.

The line of credit agreement for this project was signed between two top officials Nirmit Ved, the General Manager of Exim Bank and the Finance minister of Eswatini, Neal H Rijkenberg.

The complete number of LOC extended by EXIM bank to the Africa's smallest country now stands at 4, with a grand total value of $ 176.58 million. These MOUs are commonly used in building of Information Technology Park and Agricultural Development.

India is also involved in sponsoring of new Parliament building in Burundi's national capital Gitega and two Ministerial buildings in Bujumbura, which is the country's largest city and main port.

In the past, India was also connected in the construction of the Parliament building of Afghanistan as well. The building was inaugurated in 2015 by the President of Afghan, Ashraf Ghani and PM Narendra Modi.

A total of 211 Line of Credits amounting to $12.85 billion have been provided to the African countries in numerous infrastructural projects by New Delhi. Explicitly regarding EXIM bank, it has by now extended 272 Lines of Credit, covering 62 countries in Africa, Asia, Latin America, and the CIS with credit guarantees of around $ 26.84 billion.