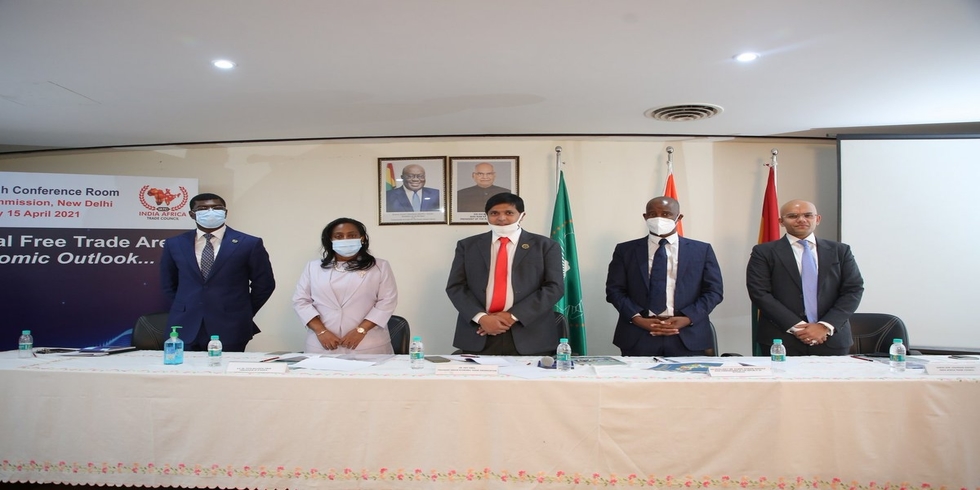 The African Continental Free Trade Area (AfCFTA) inaugurated an office in New Delhi at the Ghanaian Embassy, where many Indian firms pledged to join Africa and take advantage of the free commerce agreement, which seeks to increase intra-African trade by 52.3 percent when fully implemented. The office will assist Africa in raising awareness of the possible impact on bilateral trade and investment.

AfCFTA seeks to increase intra-African trade by improving the harmonisation and coordination of trade liberalisation and facilitation regimes and instruments across sub-regions and at the continental level. Countries have agreed to eliminate tariffs on 90% of products as part of the deal, with the remaining 10% to be phased out at a later date.
“The Indian leadership's vision of Atmanirbhar Bharat and African ‘collective self-reliance' has long been an integral component of African leaders' and policymakers' attempts to find Indo-Africa-driven solutions to African trade and commerce problems,” said Varun Jain, chairman of the India Africa Trade Council (IATC) committee for AfCFTA.
According to an official press release, this agreement will benefit all African nations who have accepted the concepts of "regionalism" and "regional integration" as part of their wider goals for continental integration.
By 2030, Africa's population will have grown to 1.7 billion people, with $6.7 trillion in consumer and industry spending.
After the pandemic is ended, Jain will lead a large corporate delegation to Africa to maximise the possible advantages.