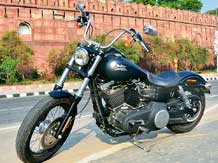 In what may come as a surprise to many, India is quietly becoming a production hub of high-end vehicles meant for export to China. Iconic US motorbike maker Harley Davidson, Austrian motorcycle manufacturer KTM and Mahindra & Mahindra have preferred to set up manufacturing facilities in India than in the relatively low-cost China and export the output.

KTM, 48 per cent owned by Bajaj Auto, has identified two of its products under the Duke brand for export to China as completely knocked-down (CKD) units. The initial target is to sell over 10,000 CKD units of these high-end bikes annually. Exports are expected to commence in 2014. The two bikes are Duke 200 (Rs 1.35 lakh, ex-showroom, Delhi) and Duke 390 (Rs 1.88 lakh) manufactured at Chakan in Pune as part of the company’s joint development programme with Bajaj Auto. The KTM strategy is to sell high-power bikes from Europe and low-power ones from India. The bikes would be assembled at an outsourced facility in China.

Confirming the plans, S Ravikumar, senior vice-president (business development), Bajaj Auto, said, “The China strategy for KTM is clear. They want to target the niche upper end of the motorcycle market in China. They are not interested in the lower end where there are many players and huge volumes. We expect there to be a large market for high-end bikes in China.” The China thrust is part of the joint strategy of Bajaj-KTM to treble exports to around 70,000 units per annum from India, from about 25,000 currently. That effectively means about 13 per cent of the exports would come from selling to China.

Stefan Pierer, CEO, KTM Motorcycles AG, said, “We are in the process of setting up an assembly unit in China, which is expected to be commissioned sometime next year.” Keeping KTM company will be Harley Davidson, which has lined up for export models developed on the recently unveiled Street platform from its facility in Bawal (Haryana). Currently, Harley does not have any plants outside the US, except in Brazil and India, and it wants to leverage those plants for export to China. Anoop Prakash, managing director, Harley Davidson India, said, “Harley Davidson has developed the Street platform after a gap of 14 years. Both Street 750 and Street 500 will be manufactured in India, the only other production hub for the models apart from Kansas in the US.

These bikes will be exported from India to markets in Europe and Asia, including China.” Production and export of both models on the Street platform are expected to commence in India mid next year. Prakash, however, declined to specify a timeline for starting exports to China.

Abdul Majeed, partner and leader (automotive practice), PricewaterhouseCoopers (PwC) explained, “Both India and China are key markets in terms of two-wheeler sales. Given that customer requirements in both countries are largely similar, two-wheeler makers operating out of India only stand to gain in cost leadership if they are able to attain quality parameters while exporting to China.”

The potential to gain volumes in electric vehicles has drawn Mahindra & Mahindra to explore opportunities in China. The discontinuation of government incentives on green vehicles has meant the Mahindra e2o has sold only about 400 units since its launch in March - numbers the company was expecting to clock monthly.

Mahindra & Mahindra group company Mahindra Reva Electric Vehicles (MREV) is developing a variant of the electric car for exports scheduled to commence in early 2014. While the export variant would be first shipped to countries in the European region, MREV is additionally looking at opportunities to tap the growing market for electric vehicles in China. Chetan Maini, chief of strategy and technology, MREV, had told Business Standard earlier, “The export variant would be ready by early next year. We are looking at exporting the e2o to all markets we previously exported the Revai. We will also explore possibilities in China.”

According to industry estimates, the Chinese market has the potential for sales of five million electric vehicles by the end of the decade. Nearly half the 4,750 units of the Revai manufactured since inception were sold in 24 countries, mostly across Europe and West Asia.