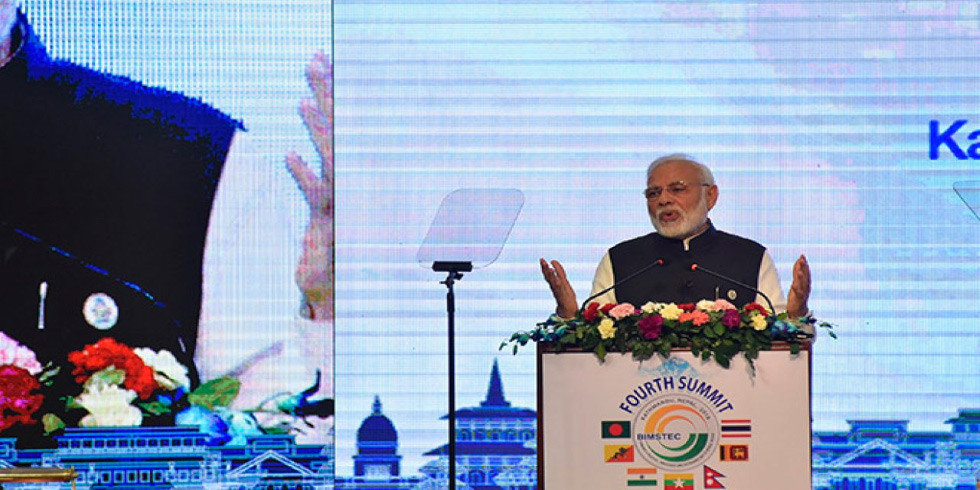 India and the European Union plan to support regional connectivity, beginning with the member states of the Bay of Bengal Initiative for Multi-Sectoral Technical and Economic Cooperation (BIMSTEC). This was decided as part of their Connectivity Partnership initiative for 3rd countries, announced on 8th May’s Summit.

The India-EU Summit has decided to seek synergies and complementarities between their cooperation on connectivity with 3rd countries and regions, including Africa, Central Asia and the Indo-Pacific, and BIMSTEC has been identified as 1 of the geographical zones to focus on.
Besides India, BIMSTEC comprises Bangladesh, Bhutan, Myanmar, Nepal, Sri Lanka and Thailand. India has been taking a lead to impart dynamism to BIMSTEC, a bridge between South Asia and Southeast Asia, in the last few years.
This year in early April, a virtual meeting of BIMSTEC foreign ministers finalised a major connectivity master plan for the Bay of Bengal region. The India-EU Connectivity Partnership is significant in this backdrop, sources indicated to ET.
The ambitious air, land and sea connectivity master plan is the outcome of more than a decade of consultations among the member states.
Addressing the BIMSTEC April meeting, external affairs minister Mr S Jaishankar had said the master plan would be an important step towards fulfilling people’s aspirations for better connectivity and integration. He said the grouping should put in place a legal framework for smooth connectivity by speedily finalising the BIMSTEC coastal shipping agreement and motor vehicles agreement.
India and the European Union even want to focus on digitalisation for sustainable development or digital financial inclusion as one possible area, and also explore developing new and innovative market-based mechanisms to achieve the Sustainable Development Goals in Africa; Central Asia and Indo-Pacific. Joint ventures between the European Union and Indian businesses in infrastructure projects in 3rd countries are also being planned, according to the Connectivity Partnership document.
It was also decided to develop India and the European Union cooperation in the international regulation of government support for export finance – both bilaterally and multilaterally – including with regard to connectivity infrastructure.