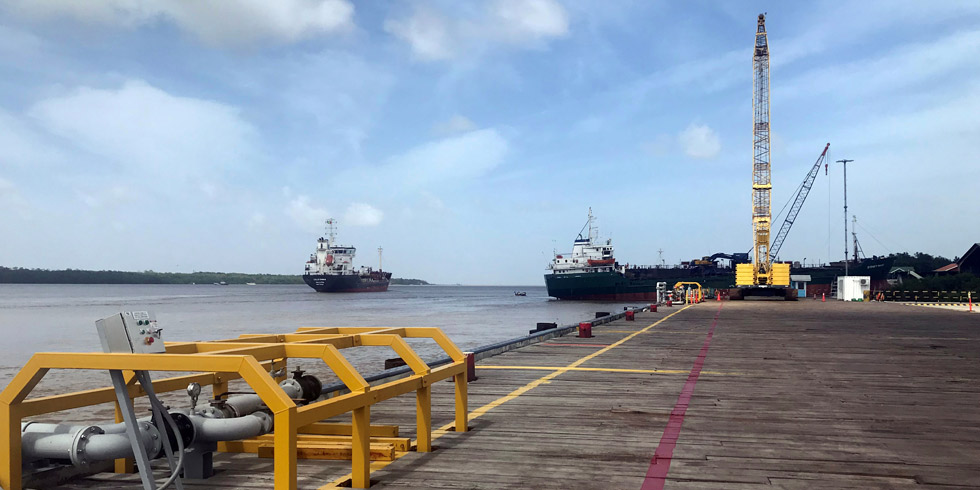 According to a Guyanese official, India, the world's third-largest crude buyer and importer, has approached Guyana's government about a potential long-term agreement to purchase the South American country's oil.

According to Guyana's Natural Resources Minister Vickram Bharrat, India has expressed interest in purchasing one of the 1 million-barrel cargoes that the government is entitled to in order to test the crude in its refineries. If the crudes are compatible, the parties might start talking about a long-term deal.
India's oil demand has increased by 25% in the last seven years, more than any other nation, and officials have promised to use the country's status as a major buyer as a "sword" to keep prices down. In the crude market, New Delhi is already using its rising clout.
It is vehemently opposed to OPEC+, the Organization of Petroleum Exporting Countries and its allies, extending supply cuts that have pushed up oil prices, and is looking to diversify its oil imports away from top producer Saudi Arabia.
According to Reuters, state refiners expect to buy 36 percent less oil from Saudi Arabia in May than normal, and the country is now attempting to replace Saudi supply with new sources such as Guyana.
HPCL-Mittal Energy Ltd, a private Indian refiner, purchased India's first-ever cargo from Guyana earlier this month, but the negotiations were conducted on a government-to-government basis.
"As part of its crude source diversification around the world, India is interested in taking Guyana's share of its crude, based on mutual agreements," said one source with knowledge of the talks, who spoke on the condition of anonymity.
The two parties are still discussing pricing, according to the source, who also said that the crude will be processed by Indian state-owned refineries. Pricing was the "most significant" factor for Guyana in any potential contract, according to Bharrat.
In a telephone interview with Reuters, he said, "First and foremost, we want to get the best price for our oil."
After a consortium led by Exxon Mobil Corp began producing light crude at the offshore Stabroek block in late 2019, Guyana became the world's newest oil hotspot.
Guyana, however, has relied on private companies such as Hess Corp and Royal Dutch Shell PLC to market its share on a spot basis due to the lack of domestic refining and a state-owned oil firm. The government of President Irfaan Ali has relaunched its hunt for a long-term partner to market its share, but has yet to choose a company.
Bharrat said that the government would "soon" relaunch the hunt for a marketing company. He said there was no assurance that the government's next cargo will go to India, which he said was due in June but could be postponed due to technical problems that have reduced production levels.
In recent decades, long-term oil export agreements signed between governments have become normal in some South American oil-exporting countries. Long-term agreements have allowed Venezuela and Ecuador, for example, to supply large amounts of crude to China.
Guyana and India have a long history and share a common culture. A significant portion of Guyana's 750,000-strong population is of Indian origin, and Ali's People's