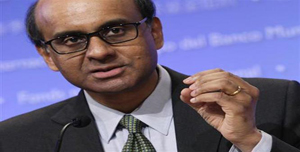 Speaking at the closing of the second South Asian Diaspora Convention here yesterday, he said manufacturing exports would also provide India with opportunity to grow and deepen its integration with South East Asia.

"That is very much within India's comparative advantage, given the size of its labour force, given its wage levels and give its potential skill levels," said Shanmugaratnam, who is also Singapore's Finance Minister.

But to grow the export manufacturing sector, India would need to ease its rigid labour laws and liberalise its financial sector, making it easier for the private sector to raise capital and not cause a drain on state coffers, said Shanmugaratnam.

Elaborating, he said an open financial sector in India would provide more funding, such as seed funding to venture capital for start-ups as well as small and medium-sized enterprises to spur innovations.

Among India's important challenges were the development of rural population and creation of jobs for subsistence farmers in livable cities.

Shanmugaratnam also touched on the important role of the private and public sectors which, he said, need to collaborate both in skills and infrastructure developments.

The government, facing fiscal constraints, must find ways to attract investors, he said in his concluding remarks to more than 1,000 international business delegates of South Asian origin at the close of the convention.

"I would not underestimate the importance of this market driven private sector supply chains, to be part of the solutions," he said.

Development of industries would make people more comfortable with each other, and more importantly, giving countries a vested interest in each other's stability and prosperity, he pointed out.

The Minister said Singapore, though being a small and neutral nation and of no threat to any of the parties, could help bring a meeting of minds between the two neighbours.

This could be done by starting with the think tanks, academics and civil societies "but do it with humility", Shanmugaratnam added.