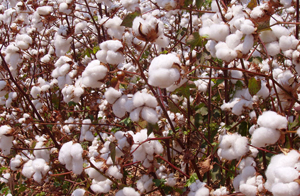 Indian cotton spinners and African ginners are exploring new trade partnerships in an effort to export more cotton out of Africa, following a recent international conference about the mutual benefits of Asia-Africa cooperation.

ITC was among the more than 1,000 people at the ‘Challenges Facing Indian Cotton’ conference on 9-10 April at the Indian Institute of Management in Ahmedabad, India, after which several Indian spinning mills showed interest in working with ITC to import African cotton. There was particular interest in exporting cotton from Eastern and Southern Africa, where the cotton growing and harvesting seasons are opposite that of India, which allows for expanded business opportunities.

Representatives of several Indian spinning mills are exploring the possibility of visiting ginning factories in Eastern and Southern Africa this summer to start engaging in further discussions about partnerships.

Cotton produced in Africa is exported mainly to Asia, where nearly 80% of the world’s cotton fibre is processed into yarn, with China and India leading the way. The cotton sector provides income for millions of people in Africa, especially those living in rural areas, and is an important source of foreign exchange earnings. ITC’s efforts in this sector are aimed at boosting Africa’s competitiveness and establishing stronger links with cotton importers in Asia.