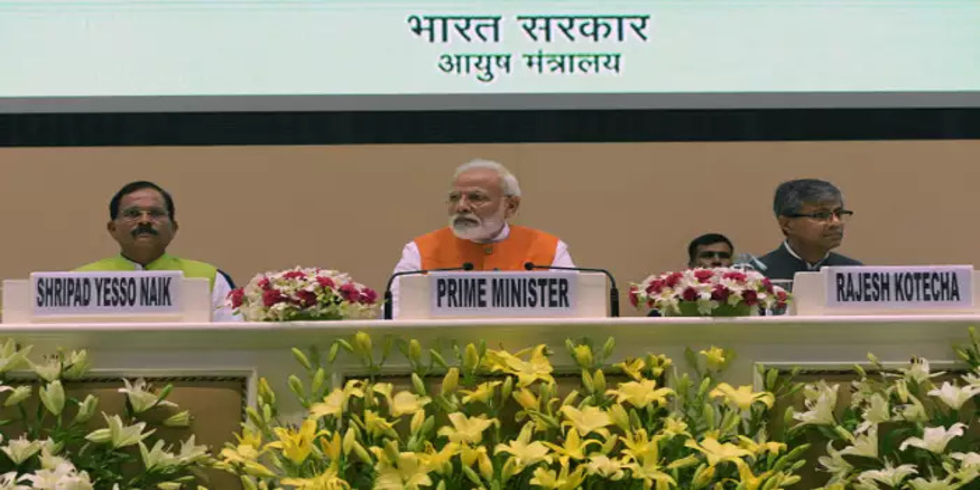 In the field of traditional medicine, India has signed Memorandums of Understanding with 25 countries around the world.

Over the last few years, the Narendra Modi Government has made efforts to encourage the traditional medicine system and to recognize it as part of the soft power of the nation.
With such a requirement to encourage AYUSH in the international practice of medicinal products, the Ministry of Ayurveda, Yoga & Naturopathy, Unani, Siddha and Homeopathy (AYUSH) has also asked 23 MOUs to conduct joint study in AYUSH medical systems. A further 13 MOUs have been signed to create AYUSH academic chairs with different international institutes and universities.
The information was provided by the Minister of State, AYUSH, Kiren Rijiju, in a written reply to the Rajya Sabha on Tuesday. The Ministry, under its Fellowship Scheme, is providing financial assistance to qualifying foreign nationals for UG, PG and Ph.D courses at various leading AYUSH institutes in India. The Fellowship Scheme seeks to achieve appreciation and acknowledgement of traditional Indian medical systems abroad.
In order to promote the acceptance of AYUSH schemes at international level, the Ministry of AYUSH undertakes numerous activities within the framework of the Central Sector Scheme for the promotion of International Cooperation (IC Scheme).
AYUSH experts are sent to foreign countries to engage in international forums, workshops, educational programs, lectures and on the special assignment of the Government of India to promote and promote AYUSH Systems, including Ayurveda. Financial assistance is also given for the presentation of AYUSH based scientific research papers at international conferences, workshops, seminars, etc.
Incentives are given to AYUSH drug manufacturers, entrepreneurs, AYUSH institutions, AYUSH drug and hospitals, and others for participating in international exhibitions, conferences, workshops, seminars, road shows, trade fairs, and other events aimed at raising awareness of AYUSH systems of medicine among the general public, as well as registering AYUSH products with regulatory authorities in their respective countries USFDA/EMEA/UK-MHRA/ NHPD (Canada)/ TGA etc.
For the enhancement of Health Centre(s)/ Institution(s) in the international host country, financial assistance of up to Rs.1.00 crore is available.
Many countries have recognized AYUSH programs of medicine as a result of the Ministry's continuous efforts, Rijiju said. Nepal, Bangladesh, Pakistan, Sri Lanka, the United Arab Emirates, Colombia, Malaysia, Switzerland, South Africa, Cuba, and Tanzania all recognize Ayurveda.
The five European Union countries that oversee Ayurvedic care are Romania, Hungary, Latvia, Serbia, and Slovenia. Bangladesh accepts the Unani system, while Sri Lanka accepts the Siddha system.