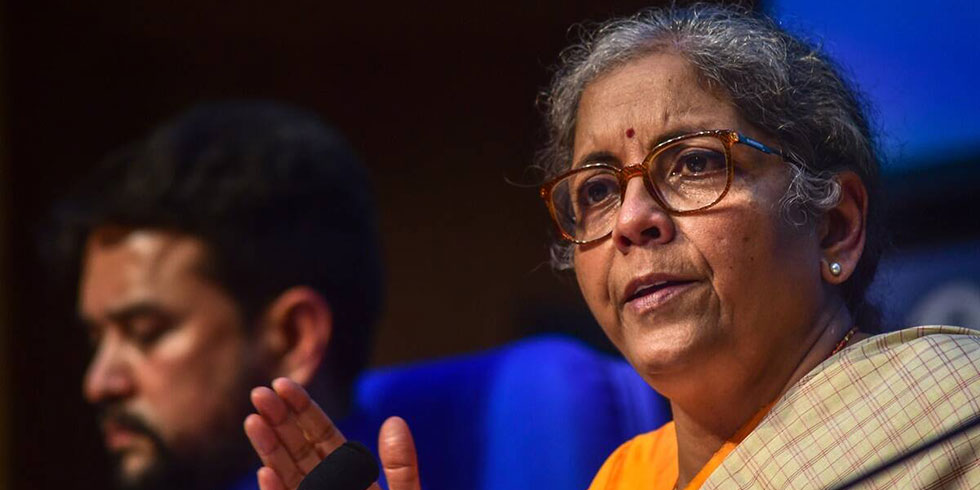 Finance minister Nirmala Sitharaman on Thursday announced a fresh set of measures, involving an estimated outgo of Rs 1.2 lakh crore, to boost demand, help create jobs, augment infrastructure and ensure growth is back on track.
At a news conference, she pegged the value of the package at Rs 2.65 lakh crore, including the nearly Rs 1.5 lakh crore production-linked incentives (PLI) for 10 sectors that was cleared by the Union Cabinet on Wednesday. The PLI scheme is spread over five years, while several of the announcements made on Thursday, such as enhanced allocation for fertiliser subsidy and PM Aawas Yojana in urban areas, will see spending during the current financial year itself.
This is also a departure from the past when the government was accused of providing little by way of budgetary support and instead piggybacking banks and other intermediaries to deliver the goods during the pandemic. The government is keen to support the recent recovery, as evident from a string of economic data.
The economy has borne the brunt of the Covid-19 induced lockdown and contracted a record 23.9% in the June quarter.
Including the steps announced by the Reserve Bank of India since the lockdown in March-end, Sitharaman said, the government and central bank have together provided a stimulus of around Rs 29.9 lakh crore — which is almost 50% higher than the budgeted revenue receipts for the year. The size of the stimulus now adds up to 15% of the GDP, the minister estimated.
“Today’s Aatmanirbhar Bharat Package continues our efforts to help all sections of society. These initiatives will help in creating jobs, alleviate stressed sectors, ensure liquidity, boost manufacturing, energise real-estate sector & support farmers,” Prime Minister Narendra Modi said on micro-blogging site Twitter.
Barclays said the fiscal deficit may top 7% of GDP this year, against the budgeted 3.5%, but the government appeared to be keen to be backing steps for revival of the economy. It has already raised its market borrowing to help nurse the economy nack to health.
The latest bunch of measures came amid an improvement in several indicators, which Sitharaman listed. On Wednesday, RBI has warned that with growth expected to contract during the September quarter too, India is headed for a recession as it would make it two straight quarters of falling economic output. The FM relied on RBI’s assessment that economic recovery may take place from the third quarter, which is earlier than what was projected earlier.
To support the recovery and encourage hiring specially in the organised sector, the Centre said, it will give 24% wages as provident fund contribution of employees earning up to Rs 15,000 a month in entities that have less than 1,000 employees, an exercise that will cover over 99% employers registered with the Employees Provident Fund Organisation (EPFO). For entities with over 1,000 employees 12% of the wages will be given as subsidy to cover the employee’s contribution. The benefit will be available to those who were not part of the EPFO net earlier or had lost their jobs between March and September. Rs 10,000 crore was provided for rural jobs too.
The move is an extension of an earlier benefit, which has seen an outflow to support the employment of 1.2 crore employees.
There were also steps such as support to enable loan restructuring across several sectors based on government guarantee if the outstanding credit was between Rs 50 crore and Rs 500 crore, a long-pending demand from the industry. The benefit will, however, be limited to companies that had repayment overdues of 30 days at the end of February. The move is part of the Rs 3 lakh crore package that was earlier limited to MSMEs, which has also been extended up to the end of March.
Besides, the government has sought to provide fillip to the real estate sector in clearing inventory for flats that cost up to Rs 2 crore and are selling below the circle rate for the locality.
There were sops for contractors engaged in erecting infrastructure too and an increase in allocation for fertliser subsidy to help the farmers.