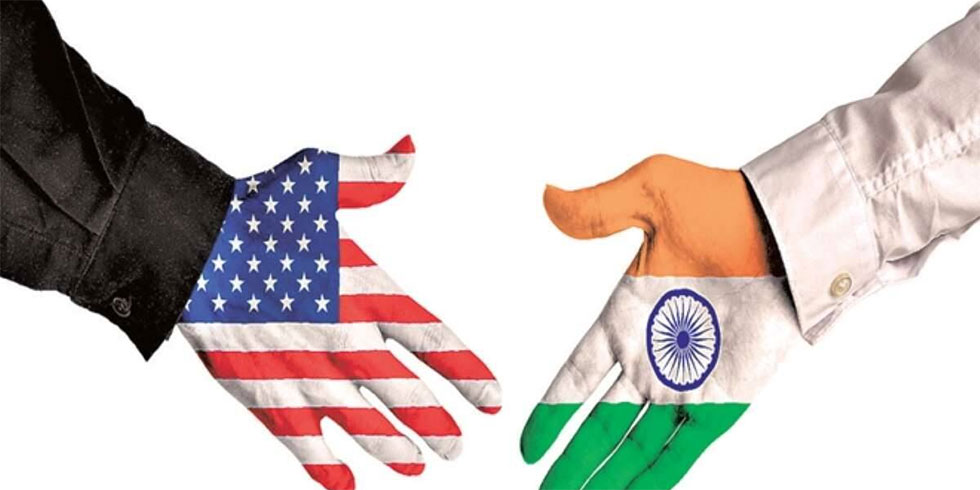 Nasscom on Sunday welcomed Joe Biden's win in the US Presidential election, and said the Indian IT industry looks forward in collaborating with the new administration in pivoting technology, skills and digital transformation for the US. The US presently is the biggest market for the Indian IT sector, accounting for a lion's share of the industry's revenue.

"NASSCOM congratulates US #PresidentElect @JoeBiden on his win. We look forward to working with him and his administration in pivoting technology, skills and digital transformation for the United States," it said in a tweet.
Nasscom has estimate a revenue growth of 7.7 per cent at USD 191 billion for the IT sectors in India in the ongoing fiscal. The IT industry has added a net 2 lakh jobs, taking the overall workforce to 4.36 million.
Indian IT players will keep an eye on Biden's approach and policies related to H-1B work visas that are used by a huge number of Indian technology professionals.
In June, during the COVID-19 pandemic, US President Donald Trump banned the entry into the US of workers in various key non-immigrant visa categories, along with H-1B, until the end of the year, arguing that they attack into American jobs.
Those afflicted include the family members of the H-1B, L-1, and certain categories of J1 visas.
Later, the Trump Administration declared certain exemptions in H-1B and L-1 travel bans for those continuing employment with the same employer, a move that could help Indian IT professionals and those working in the healthcare sector.
The H-1B visa is a non-immigrant visa that allows US companies to employ foreign workers in speciality occupations that require technical or theoretical expert skills. The US Companies depend on it to appoint thousands of employees each year from countries like China and India.
In one of a statements, Nasscom said its member companies have an important history in the US.
"... they work with over three-quarters of the Fortune Five hundred companies in the US, providing them vital technology services and helping them innovate, compete, and grow," it said.
The industry body also noted that India-US bilateral trade expanded by over 400 % since 2005, with the total increase in value from USD 37 billion in 2005, to USD 149 billion in 2019, and that technology sectors of both countries have played a critical role in driving this.
"The Indian technology sector makes huge contributions to the US workforce and economy, including local investments and job-creation, workforce development and up skilling their US employees, community services and CSR," Nasscom said.
Nasscom said a key challenge that the industries face is the lack of required Science, Technology, Engineering and Mathematics (STEM) skill in the US clearly highlighted by the high degree of mainly unemployment on one hand, and more than half a million job vacancies in computer occupation on the other.
"Nasscom is looking forward in collaborating with the new US Administration, to find solutions to the STEM skills gap, and empower America to be more competitive, to build and create more and more jobs," it added.
Tech Mahindra Managing Director and CEO C P Gurnani tweeted "Democracy wins" and extended wishes to Biden and Harris on their win.
"Congratulations @JoeBiden @KamalaHarris from the largest democracy to the world's oldest democracy... Wishing a term of prosperity and peace for not just America but the world," he said.
A Democrat, 77-year-old Biden became the oldest man ever to be elected to the White House. He will be the 46th president of the United States.
Along with Biden, Kamala Harris, 56, would be sworn in as the vice president of the United States on January 20, 2021. She will also be the first-ever Indian-origin, first-ever Black and first-ever African-American vice president of the US.
Nasscom President Debjani Ghosh shared Harris' message where she said "While I may be the first woman in this office, I will not be the last - because every little girl watching tonight sees that this is a country of possibilities".
Ghosh said: "This....should be a solemn promise we all make".
The IT sector globally has been working on growing participation of women in the workforce as well as growing the diversity of teams.
Cyient Executive Chairman BVR Mohan Reddy termed it as a "historical day". "I feel proud to see the glass ceiling shattered and many barriers broken. Here is to many new paradigms of collaboration, inclusion and unity," he tweeted.