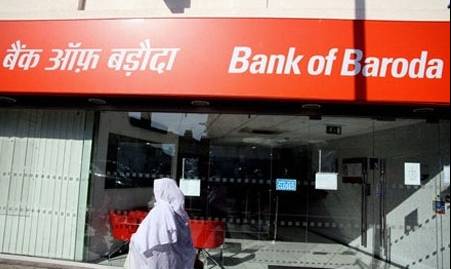 Indian commercial banks are expanding their footprint in Africa by being on the ground, working with consumers and businesses, and building two-way trade and investment.

Historical ties, especially with East Africa, and growing bilateral trade are impelling the banks from India to increase their branches in the continent. Some of them have signed partnerships, facilitating business and financial flows between the two regions.

At the same time, the banking market in Africa is holding vast potential for growth. Sub-Saharan Africa, for example, has been attracting interests of bankers around the globe. Retail banking in the region is estimated to grow 15 percent annually by 2020. Mobile banking in particular is seen as being a powerful driver after the success of the M-Pesa transfer service in Kenya and elsewhere.

Of all the Indian banks, government-owned Bank of Baroda (BoB) has the widest network of 45 branches in Kenya, Uganda, Tanzania, Botswana, South Africa, Mauritius, Ghana and the Seychelles. This June, the bank opened its newest branch at the Kariakoo Market in the Tanzanian capital Dar es Salaam. In Zambia, it has a joint venture, Indo Zambia Bank, which has 21 branches in the country.

V. H. Thatte, the bank's chief general manager (International), says the world is rediscovering the unharnessed potential of Africa and has begun to commit financial resources towards the socio-economic development of the continent.

"Bank of Baroda is also strengthening its operations in the region through expanding its network. Bank of Baroda will enter new centres," Thatte told IANS.

"The bank sees good growth prospects in Africa. The increasing presence of Indian corporations in the continent provides further opportunities. The bank has identified many upcoming centres in the region and will enhance its market care."

BoI is present in Kenya, Tanzania and Zambia. It opened its first branch in Johannesburg and a wholly owned subsidiary in Uganda last year.

In August this year, Botswana awarded BoI and SBI new operating licences as President Ian Khama's government is encouraging diamond polishing and sorting companies to set up operations there.

SBI's presence in the African continent extends to Angola, Egypt, Nigeria and Mauritius.

Its subsidiary, State Bank of India Mauritius, has established itself as a major player in Mauritius with 15 branches. Indian companies use Mauritius as an investment gateway to Africa.

A new entity, Banyan Tree, has now added to the competition in the island.

Canara Bank has outlined plans to open its first branch in Johannesburg by the end of 2013. It is working on modalities to open in Dar es Salaam and Abuja by 2015.

Sector observers see the current plans of banks to increase their presence in Africa as the "second wave" after their spread in the middle of the last century to serve the Indian trading community and migrant workers. In fact, BoB and BoI were the first Asian banks to start operation in Africa.

Now there other compelling domestic reasons. The finance ministry last year asked public sector banks to scale up in Africa, Asia and Latin America in the wake of diversification of India's export market. Inadequate banking channels is one of the reasons detering companies from boosting trade and investment.

Also, Indian companies are investing in energy resources and infrastructure in Africa and there are cases of mergers and acquisitions.

And helping them in the process is the growth and development in Africa and its banking space.

"All of this has been a really good mix, which bankers enjoy because better environments are conducive to business. This has been part of the contributory factors, leading to a large increase in banking sector growth in sub-Saharan Africa," Chaytoo told CNBC Africa.

As trade and investment ties grow, more Indian banks will have even more reasons to be active in Africa.

"You will see more Indian banks in Africa in the near future," Commerce and Industry Minister Anand Sharma told IANS.

At the India-Africa Business Council meeting in Johannesburg last month, it was pointed out that India-Africa bilateral trade had crossed $70 billion and could touch the target of $90 billion by 2015.