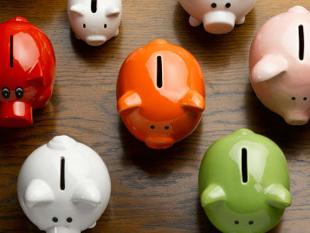 NEW DELHI: Overseas investors poured in over Rs 7,500 crore ($1.2 billion) in the equity market since the beginning of the month amid renewed optimism about the Indian economy.

Total foreign investment in the stock market has reached Rs 96,461 crore ($17.4 billion) so far in 2013, according to data from the Securities and Exchange Board of India, the capital market regulator.

On November 22, FIIs were net sellers of equity for the first time since October 3 and sold Rs 40 crore of shares on renewed uncertainty about the US Federal Reserve tapering its stimulus programme.

They invested a net Rs 28,700 crore in stocks during the past two months (September-October).

Overseas investors pulled out Rs 4,569 crore from debt securities so far this month. They have withdrawn a net Rs 54,723 crore from the debt market since the beginning of 2013.

FII inflows into the stock markets have been buoyant since September 2013 on the back of continued global liquidity.

Finance minister P Chidambaram had said earlier this month that the current account deficit has been under control, the fiscal deficit target will be met, export growth is expected to continue and a bumper harvest is likely after the good monsoon.

Industrial output rose 2 per cent in September from a dismal 0.43 per cent in August. India's exports rose 13.47 per cent to $27.27 billion in October while imports dipped 14.5 per cent, helping to narrow the trade deficit.

As of November 22, the number of registered FIIs in the country stood at 1,743 and the total number of sub-accounts at 6,406.