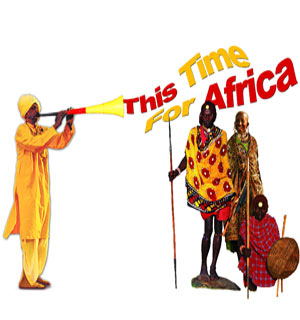 For Manoj Kohli, Indian telecom giant- Bharti's man in Africa, the continental opportunity is immense. He dubs it "telecom's final frontier". The Nairobi-based CEO of Bharti (International) instantly changes gear to bandy numbers about. Sample this. Tele-density in Africa is under 20 per cent. By 2050, the continent will breach a population of 2 billion and the middle class will grow from the present 400 mn to 500 mn. About 25 per cent of global youth is in Africa, with a median age of 17 years.
About 40 per cent of Africa is urbanised. The FIIs have pumped in $62 billion in Africa. So where does Bharti fit in? "By 2012-13, we have three targets in Africa - 100 million consumers, $5 billion in revenue and $2 billion EBIDTA," reinforces Kohli. Subsequently, in a three-week whirlwind tour of Africa, Kohli, also Jt. MD,Bharti Airtel, ended up visiting 16 countries (Zain's locations in Africa) personally to get a complete map of employees and consumers (read subscribers).

Like Kohli's boss, Sunil Mittal of Bharti, the vanguards from India Inc. are queuing up for a share of the African pie. As a matter of fact, just when this story was going to bed, news trickled in of personal care products major Marico snapping up its third company in Africa — an over-the-counter healthcare brand from South Africa that goes by the name Ingwe — for an undisclosed sum. Never mind the numbers but Marico bigwigs believe that the acquisition will strengthen the company's distribution and step up its growth momentum in the continent.

At last, the West-fixated globalising Indian companies have started warming up to the opportunities that Africa presents. While the Zain acquisition by Bharti was the most talked about African foray, large groups like Tata Group, Godrej Group, Essar and Vedanta; companies like Apollo Tyres and Dabur; even smaller companies such as the Pune-based Nihilent Technologies, are busy either setting up or strengthening their Africa operations.

For instance, the Godrej group has made three acquisitions in Africa since 2006. Tata group companies (opened office in Zambia in 1977) have operations in 11 countries, generate annual revenues in excess of $600 million in Africa and are expected to reach $1 billion in the next two years. "Traditionally, India and Africa have had an affinity towards each other and the African continent holds a lot of potential for future growth for Indian businesses," acknowledges PM Telang, MD of Tata Motors, that has a presence in more than eight of the major African countries. For Tata Motors, its Indica and Vista brand of cars have been well received as have the one-ton pick-up, the 4-15 ton commercial vehicles and the higher end Tata Daewoo.

Meanwhile, the newest entrant Bharti is working overtime to deal with integration issues and market idiosyncrasies. Immediately after the Indian telecom major closed the Zain deal on June 8, 2010, the telco embarked on a leadership workshop with 130 people - with just 15 Indians - in Kampala. "We are in 16 countries across Africa and the (leadership) workshop focused on building a vision for 2050." The strategy meet resulted in formulating a business model, a go-to-market strategy and shaping up the DNA of Bharti in Africa.

While Bharti's Africa aspirations are a couple of years old, Godrej realised the potential of the market after operating there for a few years. Godrej's tryst with Africa began in 1996-97 when it launched 'Good Knight' but the JV with Sara Lee was restricting its growth ambitions. That was enough for Godrej to bid Sara Lee 'good night' and withdraw from Africa in the early 2000s. "After that, until four years back, when we made our first acquisition in South Africa - the African hair colour business of Rapidol — I don't even think we realised the potential in Africa. It was a happy accident," says A Mahendran, MD, Godrej Consumer Products Limited.

For some like Gurgaon-based Apollo Tyres, the striking market similarities proved to be too good to resist and acquisition opportunities were available at good prices. It acquired Dunlop SA in 2006 for about Rs 290 crore. Almost 80% of its sales in India catered to the replacement market and 20% for original equipment partners, while Dunlop's replacement market accounted for 95% of sales and 5% for original equipment makers. "With the purchase, we got global purchasing power and our raw material cost nosedived by 17-18%," says Neeraj Kanwar, Vice Chairman and MD, Apollo Tyres.

In Africa, Indian companies are following a mix of buy and build strategies to grow. Commodity major Vedanta Resources forayed into Africa in 2004 with the acquisition of Konkola Copper Mines in Zambia in line with Vedanta's stated strategy of becoming a fully integrated copper producer. Today, 20 per cent of its revenues come from Africa. "At KCM (Zambia), we acquired a high potential asset and have invested considerably to build its production capability. At our newly acquired zinc assets, we see a similar opportunity to greatly invest and expand the production capability of these assets," says MS Mehta, CEO, Vedanta Resources.

Companies that have a serious Africa play are realising that a piecemeal strategy will not work as the continent calls for a unique and comprehensive strategy now. The pioneers, the Tata Group, had set up Tata Africa Holdings (SA) Pty Ltd in Johannesburg, South Africa, way back in 1994 as the strategic investment arm of the Tata Group in Africa. More recently, the Godrej group has drawn up a 'One Africa' strategy that aims at setting up four hubs across the continent that will cover South, West, East and Central Africa. "We've set up a task force, comprising both locals and Indians, with category knowledge. It is currently studying the potential and will submit its One Africa report in two months. We also have a separate R&D team working on different consumer price points and needs of the African people. The per capita income perspective is critical," says Mahendran of GCPL.

For the few Indian companies like Dabur which have been in Africa for longer, localisation has been a key lesson as they pick up market insights. Take Dabur's localisation efforts in Nigeria, for example. Dabur launched Dabur Herbal Green Gel in Nigeria that's predominantly a gel-dominated market and targeted the youth segment. It created a "Change to Green" campaign, which was based on the popularity of rap music among youth and that led to the brand being the fastest growing in the segment. Another Dabur brand, Dabur Herbal Toothpaste, developed a TVC to promote the brand based on an insight that people with oral care problems refrain from responding to "Show me your 32", a common greeting. And in yet another commercial, while relaunching Dabur Herbal Toothpaste, another insight was used — it is deemed that one hasn't done a good job with the chicken if one hasn't chewed on the bones.

A unique case is that of the Pune-headquartered Nihilent Technologies that garners roughly 70 per cent of its revenues from Africa and after cracking the South Africa market is now targeting adjacent geographies. A few months ago, the company formed a JV with a local conglomerate in Malawi. "We are hoping Malawi will be a stepping stone into other Central African nations — Ghana, Nigeria, Tanzania. The idea is to partner up with companies that have a good pool of local professionals. While Nihilent India provides the expertise, R&D and training (about 200 Indians stationed there), the real work needs to be done by the locals," says LC Singh, CEO and MD, Nihilent Technologies.

But the large and diverse continent has its own unique cultural sensitivities that are to be respected. "Affirmative action is a legal and cultural phenomenon. A great deal of sensitivity is especially required when we're doing change management projects. Our people undergo detailed training on culture and behavioral patterns before they head there - what to say, and more importantly, what not to say, how to negotiate etc," adds Singh.

As the companies begin to understand the African business vagaries better, they also begin to look for African solutions. Apollo Tyres has operations in South Africa and Zimbabwe and is seriously eyeing the Nigeria, Kenya and Botswana markets. Reason: Cost rationalisation. "This diversification is necessary as the cost of fuel, telecom and manpower in South Africa is increasing by 20% every year. Labour accounts for 22% of net sales, whereas in India, it is 6-7% and in China, 2-3% of net sales. Even in Europe, it sits at 12-14%. That's a real concern for us. So for Dunlop, I'll be adding 15% to my turnover this year without adding to manpower," explains Kanwar.

Nevertheless, for Apollo, the Indian work style seems to sit well with the Africans and that bodes well for Indian businesses. When Apollo Tyres acquired Dunlop Tyres International of South Africa, there was some hesitation on the part of both coloured workers and management staff on what the new owners would be like. The shopfloor workers still living under a hangover of apartheid viewed the new management as an extension of the old, where most communication was usually through floor supervisors, with little direct or on-the-shopfloor interaction. "However, our engineers, who did not have any cultural biases basically rolled up their sleeves and began work alongside shopfloor employees. If there were any machine breakdowns or any production-related issues, the engineers ended up speaking and working directly with the shopfloor workers. This was something very new for them, where they had never really had management undertake hands-on jobs alongside them earlier. It changed the environment," says Kanwar.

Its these small victories that will help Kanwar and his ilk establish a strong foothold in a continent that has more than one-quarter of the world's arable land and where as many as 200 million people are slated to enter the consumer goods market by 2015. The potential is undeniable. The charge on the final frontier has begun.