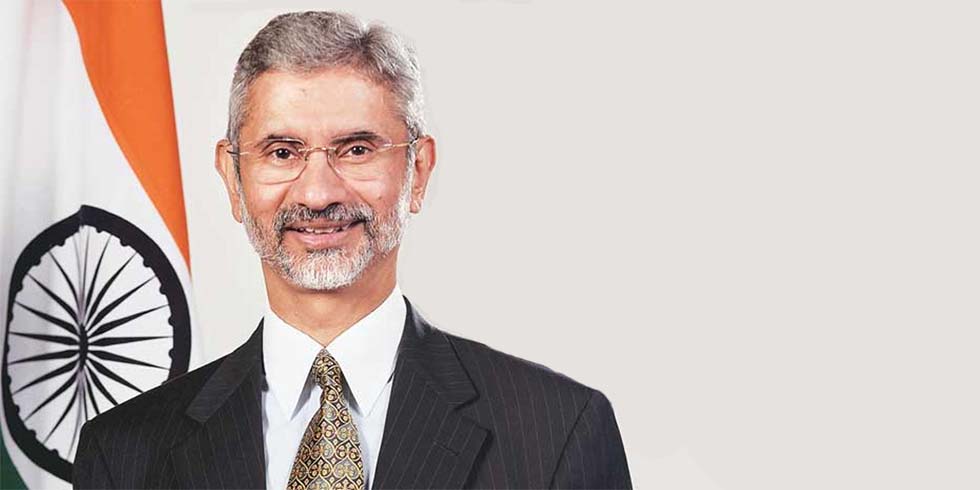 India offers Africa an honest partnership and its cooperation is aimed at empowering the countries rather than extracting from local communities, External Affairs Minister S Jaishankar said on Tuesday (22nd September 2020).

The external affairs ministers said India can promise to be Africa's "most steadfast" partner, and identified maritime security as the new frontier in cooperation between the two sides.

"India offers Africa an honest partnership, and room to maximize its space under the sun and multiply its options. Africa is of course not without options and by no stretch does India claim to be the only one.

"However, what we can promise is to be Africa's most steadfast partner. Do remember that despite the pandemic and through the lockdown, we kept our critical supply lines open to Africa," he said.

He asserted that India continued to bring to Africa the best of its developmental experiences at home and that its partnership sought to empower rather than extract from local communities.

Highlighting India's corporation with Africa, the external affairs minister said New Delhi has executed 194 developmental projects in 37 African countries and was currently working to complete 77 additional projects in 29 countries, with a total outlay of USD 11.6 billion.

The projects ranged from infrastructure to information and communication technology, from power generation and distribution to water and irrigation, from railways to roads, agriculture to sugar plants, he added.

Jaishankar also defined how Indian investment has created jobs and opportunities in African countries in energy, mining, banking, textiles and other sectors.

He also cited about India's investment of about USD 7 billion in a gas field in Mozambique as well as energy investments in South Sudan, north and West Africa.

"India is Africa's third-largest export destination. With a cumulative investment of USD 54 billion, it is also one of the biggest investors in the continent," Jaishankar said.

"Indian capital has created jobs and opportunities in various African countries in energy, mining, banking, textiles and other sectors. A more seamless continental market only promises more for Indian business," he added.

The external affairs minister also said any broader global rebalancing is incomplete without the genuine re-emergence of Africa, expressing India's strong commitment to supporting the continent in its development journey.

He said India welcomes the evolution and rise of the continent as a key factor in the contemporary world.

He said India's relationship with Africa is based on four key pillars -- development partnership, trade, people-to-people contact and cooperation in defence and security sector.

Jaishankar said India is also looking at the continent for cooperation in the energy sector.

"For India, Africa's rise as one of the global system's poles is not just desirable but it is absolutely necessary. In fact, it is fundamental to our foreign policy thinking," he said.

"Since 2015, 34 high-level visits at the level of the President, Vice President and the Prime Minister have taken place to Africa. This is unprecedented for such a span," he said.

He said India now has residential missions in 38 African countries and more missions are being set up.

Jaishankar also talked about the impact of the corona virus pandemic and said its consequences will be far-reaching and will define the world order as de-colonization did in 1950s and 1960s.

"The pandemic is the most debilitating global event of the past 80 years. We are at a point in history that is comparable to the aftermath of the Second World War," he said.

The pandemic has infected more than 31 million people and killed nearly 9,60,000 around the world.

"The challenge to the global economy, to the reliability of supply chains and the achievement of the sustainable development goals should not be discounted. We are certainly looking at greater unpredictability as we do at greater multipolarity," Jaishankar said.