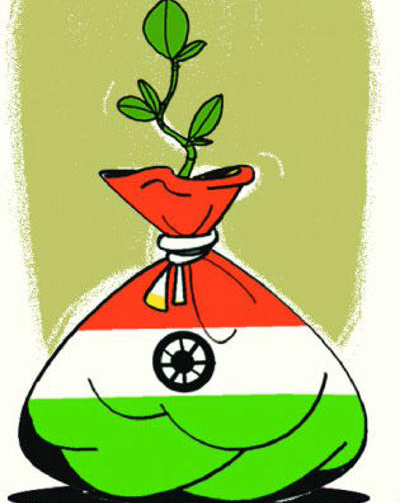 MUMBAI: India has overtaken China as the most attractive investment destination according to a survey conducted by Ernst & Young (EY) a global professional services firm. The top three investing countries into India, as per this survey will be United States of America (USA), France and Japan.

As per the government's statistics relating to Foreign Direct Investments (FDI) over the past years — April 2000 to August 2013, these three countries were among the top ten investing countries in India. FDI inflows from USA, France and Japan during this period were: Rs 53, 673 crore; Rs 17,718 crore and Rs 71,870 crore respectively.

India has emerged at the top of the list of most attractive investment destinations, according to EY's ninth bi-annual Capital confidence barometer, encompassing insights culled from a survey of 1,600 senior executives across more than 70 countries. The observation underscores the long term confidence that investors continue to maintain in India as an investment destination.

While India moved up to the top slot of the attractive investment destination list, China was down to the third slot as Brazil closely flowed India. With sharp currency depreciation and opening up of FDI in various sectors, India has become an attractive destination for foreign investors. This has created a large opportunity for foreign players vying for a greater role in the Indian market. Sectors with the highest level of anticipated deal-making include Automotive, Technology, Life Sciences and Consumer Products.

Results showed that 38% of the respondents believe that Merger and Amalgamations (M&As) volumes in India are expected to improve over the next 12 months, while 30% feel that it will remain stable. Indian companies also reflect a concerted focus on job creation as well as optimising operations to deliver cost reduction, as per the findings.

"The investor outlook for India remains positive, despite the challenges the country's economy has faced in the recent past. At the same time, the improved condition of the world economy has helped increase confidence amongst deal makers, prompting them to take a bolder stance toward executing transactions. Also, the Fed's reassurance on not pulling back stimulus in the near term has boosted confidence in the board rooms," says Amit Khandelwal, National Leader & Partner - Transaction Advisory Services, EY.

The global executives' sentiments have shown improvement, specifically with regard to plans for acquisitions and deals and is at two-year high with credit and cash available for deals.

The positive outlook around deal-making globally, stems from a growing economic confidence, which has risen dramatically over the last 12 months — 65% expect the global economy to improve, compared to just 22% a year ago. Growth is now a global imperative as almost 60% of companies say they plan to accelerate their growth strategies over the next 12 months.

In India, it is noteworthy that the recent slowdown in emerging markets and steadily improving economic situation in developed markets has shifted the focus of Indian investors in favour of the latter. Indian corporate entities have started looking at developed markets for making acquisitions, with three of the five destinations being developed economies. After two years, European countries (UK and Germany) have made a comeback on the potential investment destinations list for Indian companies.

Over the past 12 months the focus of leading corporates' capital agenda has shifted. The appetite to invest has increased by more than a third, while the intention to preserve capital has halved.

"This does not mean we will see a return to boom-time deal-making. However, deals will continue be the best route to meaningful growth. Barring any further significant economic or geo-political shocks, we should see the resuscitation of a global M&A market which has flat-lined in recent years," adds Khandelwal.