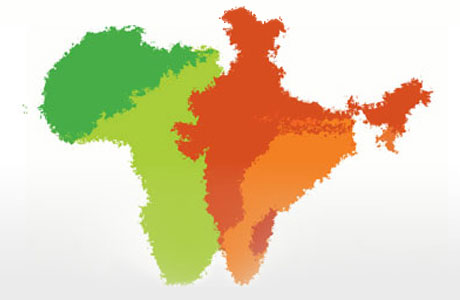 India's trade with Africa increased by 10 fold from around USD 7 billion in FY2004 to about USD 70 billion in FY2013 which is highest amongst all the regions such as Europe, America, Asia and CIS & Baltics said an analysis conducted by PHD Research Bureau, the research arm of PHD Chamber of Commerce and Industry.

The reason could be attributed to the increased importance of African countries in India's bilateral trade relations. With the increasing diversification of India's global trade towards emerging and developing countries, Africa has emerged as an important partner for India for trade and commerce during the recent years, said Suman Jyoti Khaitan, President, PHD Chamber of Commerce & Industry.

There has been growing importance of line of credits to African countries in a view to promote development partnership and facilitate various projects financing and other projects of mutual interests. The outcome of the increasing lines of credit to African region is expected to diversify India's bilateral and regional engagements with them, said Sanyal.

India's key export items to Africa includes mineral fuels, vehicles, pharmaceuticals, cereals, electrical and electronic equipments, nuclear reactors, iron & steel and plasticand articles etc. South Africa is India's largest export market in Africa, accounting for about 19-20 percent in India's exports to Africa. It is a leading market in Africa for India's exports of petroleum oils, vehicles, pharmaceuticals and a major market for electrical equipments and machinery. South Africa is also an important market for India's exports of organic chemicals, articles of iron & steel and plastic and articles. The other major export markets in Africa are Nigeria, Egypt, Kenya, Tanzania and Mauritius etc. highlights the report, he said.

Going ahead, considering the various aspects of India-Africa trade, PHD Chamber of Commerce and Industry anticipates that the bilateral trade between them could touch USD 100 billion by FY2016 and carries the potential to touch USD 200 billion mark by FY2021 says the report, said Suman Jyoti Khaitan.

In order to enhance our partnership with new initiatives for the mutual benefit of India and Africa, an investment-led trade approach and tackling trade challenges on both sides must be addressed, which could aid in sustaining trade driven growth for both the economies, going forward, he added.