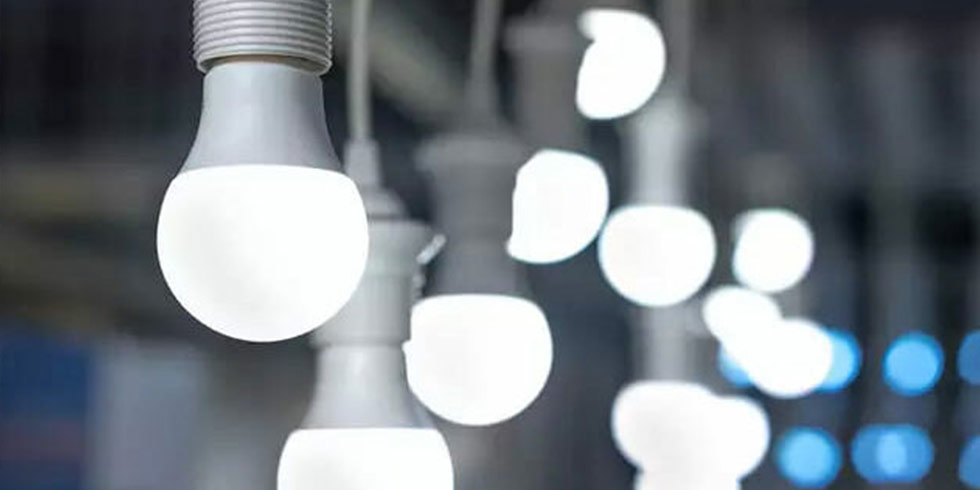 India’s Energy Efficiency Services Ltd (EESL) plans to offer 600 million LED (light-emitting diode) bulbs in rural areas at rupee 10 per piece, without any government support or subsidy, according to a top executive at the state-run firm.

The lowest globally priced LED bulb to be offered by EESL by leveraging scale, will comes as a boost for Make in India and will also give India’s climate change strategy a shot in the arm under the proposed Gram UJALA (Unnat Jyoti by Affordable Lighting for All) scheme.
EESL, that is presently running the world’s biggest domestic lighting programme, is in the process of registering the Gram UJALA scheme under the United Nations’ Clean Development Mechanism (CDM), that will enable it to claim carbon credits. The government’s UJALA scheme had cut LED bulb prices to rupees 70 a piece from around INR 310 in 2014. Under the new scheme, the revenue earned from carbon credits will contribute rupee 60 per LED bulb piece, with the balance 10 rupees to be paid by the rural consumer.
"We realised that a rural consumer isn’t able to pay rupee 70 per LED bulb. Under the proposed scheme, we will be taking back the consumer’s incandescent and CFL (compact fluorescent lamp) bulbs and provide this LED bulb for rupee 10 a piece. The balance cost and our margin will be recouped through the carbon credits earned," Saurabh Kumar, executive vice chairperson, EESL Group, told Mint in an interview.
It has been studied that less than one fifth or only 18% of the 360 million LED bulbs distributed under the UJALA scheme was in the rural areas.
The Gram UJALA scheme will also help improve energy access in rural areas, with the mandatory domestic manufacturing clause in sourcing LED bulb tenders expediting India’ efforts to become an integral part of global supply chains, as firms look to move production lines out of China following the coronavirus pandemic that originated in Wuhan.
In the first phase of the new scheme in the works, 10 million LED bulbs will be offered. Of the total investment requirement of 4,000 crore, rural consumers will pay 600 crore with the balance 3,400 crore accumulate from carbon credit revenue.
“The moment that the scheme is registered under CDM, we will launch Gram UJALA," said Kumar.
This comes in the backdrop of the Indian government restricting companies from countries with a shared land border from participating in bids for government acquisition without approval from competent authorities and ensuring compulsory purchase preference to local suppliers.
India is running the world’s largest energy efficiency programmes, with EESL offering large procurement contracts in the energy sector enabling businesses to leverage scale and achieve economy to bring down prices.
According to EESL, India offers a fascinating reason for investment in fighting climate change. In developed economies, while it takes an investment of around $100-$200 for one tonne reduction of green house gases, in India for the same quantum of green house gas reduction, the investment is fixed at $10-$40.
India is the biggest emitter of greenhouse gases after the US and China, and among the countries most vulnerable to climate change. India plans to cut down its carbon footprint from its 2005 levels by 33-35% by 2030, as part of its commitments to the United Nations Framework Convention on Climate Change adopted by 195 countries in Paris in 2015.
EESL, a joint venture set up by NTPC Ltd, Rural Electrification Corp. Ltd, Power Finance Corp. Ltd and Power Grid Corp. of India Ltd has also been conducting price discovery exercises for International Solar Alliance (ISA), by aggregating the demand from ISA member nations for solar-powered agricultural pumps. The tender gained global disruption by bringing down the cost of such pumps by half.
It is presently running the largest global solar home system’ price discovery tender, for the ISA member nations for a potential order of 47 million home power systems, valued at around $28 billion, reported by Mint on 6 August. The first phase will be for 9.3 million home power system—each comprising of a solar panel, battery, LED bulbs, fan and charging port for radio, TV and USB—with the bids to be submitted by 31 October.
India is currently the second-largest LED market in the world by value, with the UJALA scheme likely to help avoid peak electricity demand of 9,428 mega watt, According to EESL.