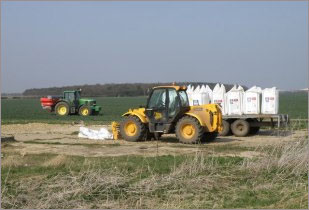 India will aim to double its trade turnover with West African nations from the current level of US$20 billion to $40 billion, with a particular focus on the oil and gas sectors

“We are not only looking at enhancing trade with the West African countries but also looking at co-operation in gas and oil sectors,” India's commerce and industry minister, Anand Sharma, was quoted as saying by The Hindu.

“We are looking at Africa as a whole for taking our partnership to a new level through various gestures in different fields.”
Sharma and Ghana’s trade and industry minister, Hanna Tetteh, recently inaugurated the India Show together, an event organised by the Federation of Indian Chambers of Commerce and Industry (FICCI) in partnership with the Economic Community of West African States (ECOWAS).
Sharma is leading a 200-strong business delegation to Ghana as part of plans to strengthen India’s economic partnerships in the region.

He said that India proposed to set up a $1.2 billion urea fertiliser plant in Ghana and that an memorandum of understanding (MoU) had been signed to set up the joint venture (JV).

The JV will be between Rashtriya Chemicals and Fertilizers and the Ghana National Petroleum Corporation.
The plant is expected to take three years to complete and will be located in the Nynkrome region of Ghana’s Shama district.
Tetteh said that as the Ghana National Petroleum Corporation was laying the pipeline to carry the gas, it was difficult to fix the gas price without considering the overall cost structure.

“We are committed to establishing this urea plant as soon as possible,” she said.
“An Indian technical team has already visited Ghana and identified the site for the plant.
“We are going to seal the issue as soon as the gas price matter is sorted out.”