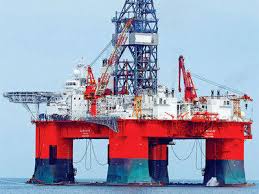 India will step up its Crude Oil and Nat Gas imports from Africa to reduce dependence on any particular region by forming joint ventures, a senior official said Friday. We have been trying to diversify our sources of Oil and Gas imports so as to reduce our dependence on any particular region of the World, the Indo-Asian News Service quoted Indian Finance Minister Pranab Mukherjee as saying.

To meet the growing demand for Crude Oil and Nat Gas in India, Africa will play a major role in the coming years, he said at the 3rd India-Africa Hydrocarbons Conference here.

The Middle East accounts for around 70% of India's Oil and Gas imports, with Saudi Arabia being the largest supplier of CrudeOil to India, followed by Iran.

Africa accounts for over 20% of India's Crude Oil imports, with Nigeria being the country's 2nd largest source of Crude Oil after Saudi Arabia. Nigeria sells about US$10-B worth of Oil product to India annually.

Today, more than 20% of India's Crude Oil imports are from Africa, with the major suppliers being Nigeria, Angola, Algeria, Egypt, Cameroon, Equatorial Guinea and Sudan, said the Indian finance minister.

He added India's refining capacity is set to increase to 238-M tons per annum by Y 2013 from around 194-M now, which means that India needs 40-M tons of additional Crude Oil per yr.