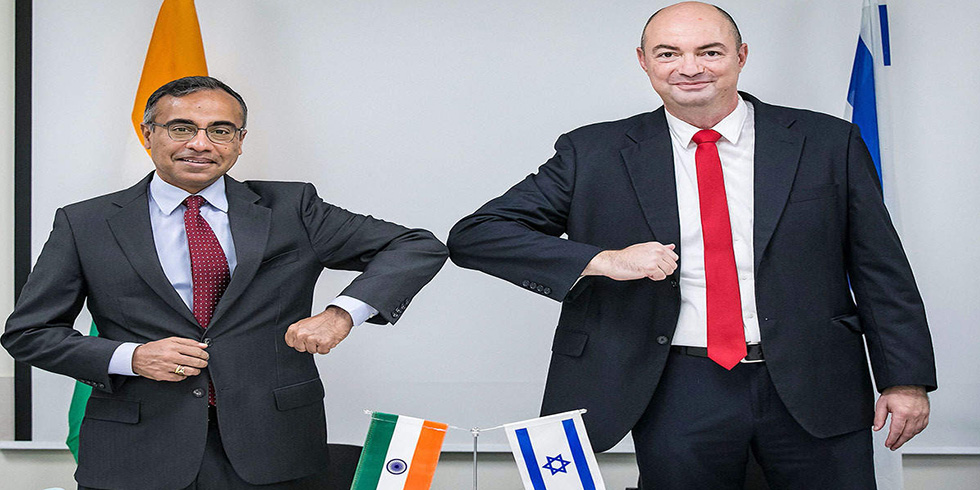 India and Israel have signed an agreement to further expand collaboration in dealing with cyber threats amid rapid digitisation due to the coronavirus pandemic that exposed the vulnerabilities of the virtual world.

The agreement was signed on Wednesday between the Director-General of Israel's National Cyber Directorate (INCD), Yigal Unna, and India's Ambassador to Israel, Sanjeev Singla.
"Deepening cooperation with India is another important step in confronting global cyber threats," Unna said.
"The accelerated digitisation processes that accompany the enormous challenge of dealing with the COVID-19 epidemic and the increase in threats in cyberspace bring with them challenges and the need to quickly build protected services and systems," Unna told after signing the agreement.
"Israel can contribute from its experience and can benefit from the vast experience gained in India in dealing with cyber attacks," he added.
Announcing the signing of the MoU on operational collaboration in cyber security, the Indian embassy's twitter handle described it as a "new normal" in "staying the course and reaching newer heights together".
"Cyber security is a growing and natural area of close cooperation between India and Israel. It has been emphasised strongly by our two Prime Ministers. And its relevance has been underscored by the latest COVID-19 pandemic," Singla told .
The MoU signed between the Indian Computer Emergency Response Team (CERT), a unit of the Ministry of Electronics and Information Technology, and INCD deepens the operational cooperation between the two sides and will expand the scope of exchange of information on cyber threats in order to raise the levels of protection in the field.
The agreement lays down the framework for dialogue, cooperation in capacity building, mutual exchange of best practices in the field and facilitates regular exchanges.
Cyber security was identified as an important area of cooperation during Prime Minister Narendra Modi's visit to Israel in July 2017 and an agreement was signed between the two sides during Israeli Prime Minister Benjamin Netanyahu's visit to India the following year.
"India and Israel have been cooperating in the cyber field since January 2018, so a new agreement is another opportunity to reaffirm the mutual commitment between the two countries. Since the initial agreement, professional seminars have been held among industry and government officials and many reciprocal visits have taken place," a press release by INCD said.
Several meetings have been held between the Indian and Israeli side since 2018 to strengthen cooperation in the field of cyber security.
Lt General (Retd) (Dr) Rajesh Pant, National Cyber Security Coordinator (NCSC) of India had also visited Israel to attend the Cyber Week in June 2019.
The last five months of global lockdown has witnessed the expanding scope of the digital world and in the process, it has also exposed the vulnerabilities of protecting vital national infrastructure from the threat of cyber attacks.