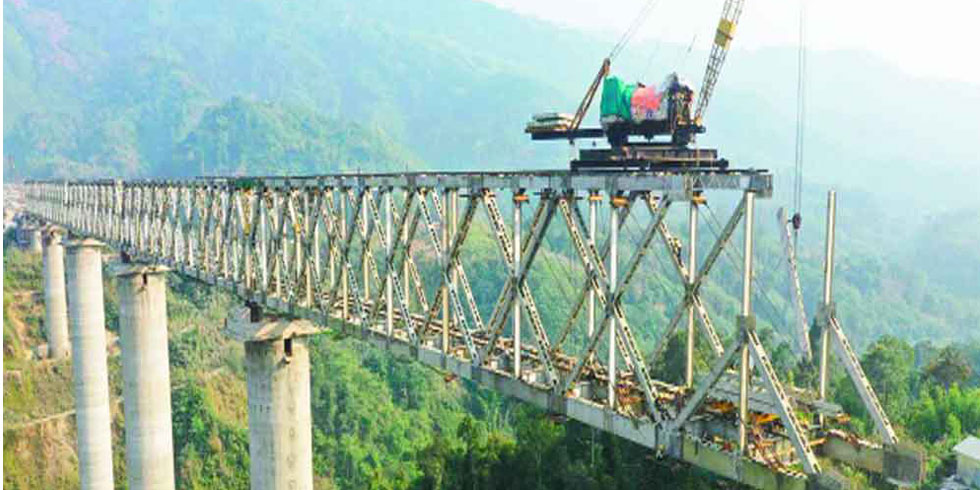 Indian Railway built a bridge across Ijai River near Noney. Indian Railways is taking multiple steps in its efforts to provide connectivity to different parts of the particularly remote ares where transport is still a major problem for the people living in those areas. Through one such move the North East Frontier Railway Zone of Indian Railways has constructed the world's highest pier bridge through Manipur's north-eastern state.