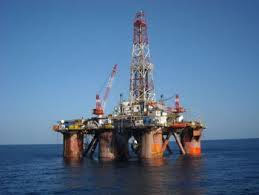 ONGC Videsh Ltd, the overseas arm of the state-run Oil and Natural Gas Corp (ONGC), has in the past three financial years produced 2.7 million, 2.4 million and two million tonnes of gas from its assets in Sudan.

Soon, state-run firms are expected to strike oil in more from African nations.
According to the petroleum ministry, this will be the result of investments of Rs.64,832 crore ($14.5 billion) made by India's public sector enterptrises for acquisition of oil and natural gas exploration and production assets abroad, including Africa.
Among the countries in Africa where Indian companies have acquired significant assets is Libya, where ONGC Videsh has a 100-percent interest in what is called Block 43. This apart, the company also has interests in two Sudanese blocks and a pipeline there.

ONGC Videsh also has interests in two blocks in Nigeria ranging from 23 to 32 percent.

In terms of imports, Saudi Arabia has been the largest supplier of crude to India, even as the share of African countries rose significantly from 32.91 million tonnes in 2009-10 to 34.12 million tonnes the next year, according to the oil ministry.

Even as Iran continued to remain the second largest supplier of this basic hydrocarbon, the supplies dropped from 21.19 million tonnes to 18.49 million tonnes during the years under review, said Petroleum Minister S. Jaipal Reddy.

"India's oil refineries importing crude oil from Iran faced problems in making payment to the National Iran Oil Company after the Asian Clearing Union mechanism was withdrawn by the Reserve Bank of India in December 2010," he told parliament. "But recently as a result of government effort, a payment channel has been established and Indian refineries are making payments."