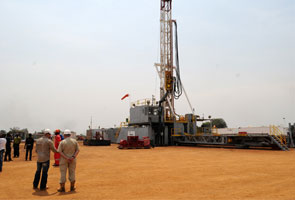 An Indian exploration and production firm, Delonex Energy Limited, has expressed interest in the oil and gas activities in Uganda, Kenya and Tanzania, with a pledge card of over $600 million (about Shs1.6 trillion).

Delonex, with its investor groups led by Warburg Pincus, said they were focused to execute, discover, develop and commercialise oil and gas explorations in East and Central Africa.

With Delonex Energy as its African subsidiary, the company CEO, Mr Rahul Dhir, said: “There is significant underexplored resource potential in Central and East Africa, and our team has the experience, technology and capital to unlock these hydrocarbon resources and create value for our host governments.” He added that with Warbug Pincus, a global private equity investor in the energy sector, “Delonex has all the support and expertise in these invaluable markets.”

The company eyes one of the 13 exploration areas that have attracted over 100 companies both local and international in a country where an estimated volume of 3.5 million barrels of oil have been discovered. Mr Somit Varma, the managing director of Warburg Pincus, said: “Given their track record elsewhere, they hope to position themselves for exploration success in region.”

Other target areas
The company’s other target areas include; Ethiopia’s gas reserves estimated to be over one-trillion cubic feet; Kenya, whose exploration for oil and gas is ongoing; Tanzania, for gas discoveries; South Sudan, Mozambique, among others.

The company headquartered in London, however, did not indicate specifically when it will commence operations. Information from the government’s Petroleum Exploration and Production Department (PEPD) indicates that some oil explorations giants like Shell, Sinopec (China), Pet Oil (Turkey), Exxon Mobil, China Petroleum Engineering and Construction Company, Marubeni Corporation (Japan),among others, have all expressed formal interest in Uganda’s oil sector.