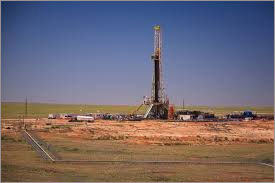 Jackson Kiloku, a 26-year-old Masai who herds animals and raises vegetables, stood at the far end of Inkoiriento village, a panoply of wooden and rusted tin-roofed buildings in Kenya's Nakuru County, and pointed to cables in the sky. "I hope electricity will flow through them soon," he said. “Electricity will be good for our local school and good for our businesses.” Daniel Parsitau, a fellow villager added that electricity would make life at home easier as well.

Both look to Kenya's Olkaria geothermal plant, on the boundaries of Hell’s Gate National Park, to deliver this new electricity. Olkaria, which has received long-term support from the World Bank and other agencies, is part of Kenya’s plan to substantially increase the contribution of geothermal to the country’s energy mix.

Only 16% of Kenyans have access to electricity, but with evidence of abundant geothermal resources beneath the country’s share of East Africa’s Rift Valley, the government plans to double geothermal generation to bring electricity to villages like Inkoiriento. Already, geothermal—developed with $300 million in support from the World Bank since 1978 —delivers about 13% of Kenya’s electricity; the goal is to raise that proportion to close to 30% by 2020.

Hairdresser Elizabeth Kyalo and her assistant now use electric appliances to straighten, dye, and style their customers’ hair. Electric lighting allows them to stay open after dusk: “I have more business now and am able to pay for schooling of my kids,” said Elizabeth.

Getting access to electricity also improves safety for women in remote areas. Before Kola Division village got electricity, for example, resident Jossylyn Mutua was attacked by machete-wielding thieves who sliced her forehead and smashed her arms. She has since relocated to Nairobi but would consider moving back to her village now that it has electricity.

“Lighting has secured the area,” said Norman Mulei, a grocer, a few shops away. He and his sister run their grocery from 6 a.m. to 8 or 9 p.m. They feel that having electricity has made it safer for them to stay open at night.

Getting to that transformation, however, will take concerted international action.

Many other countries share Kenya’s prospects. Geothermal resources are concentrated in regions of tectonic activity, from Africa’s Rift Valley, to Central America, to Southeast Asia. About 40 countries worldwide have geothermal resources that could meet a very significant portion of the national electricity demand.

The World Bank and ESMAP are preparing a Global Geothermal Development Plan to mobilize funding for geothermal development. This partnership with bilateral funding agencies and other multilateral banks will target regions of high potential and finance the test drilling phase, to trigger further private investment along other stages of the geothermal value chain. The goal is to boost geothermal electricity production capacity in low- and middle-income countries, and thereby deliver power to some of the 1.3 billion worldwide who remain without it.