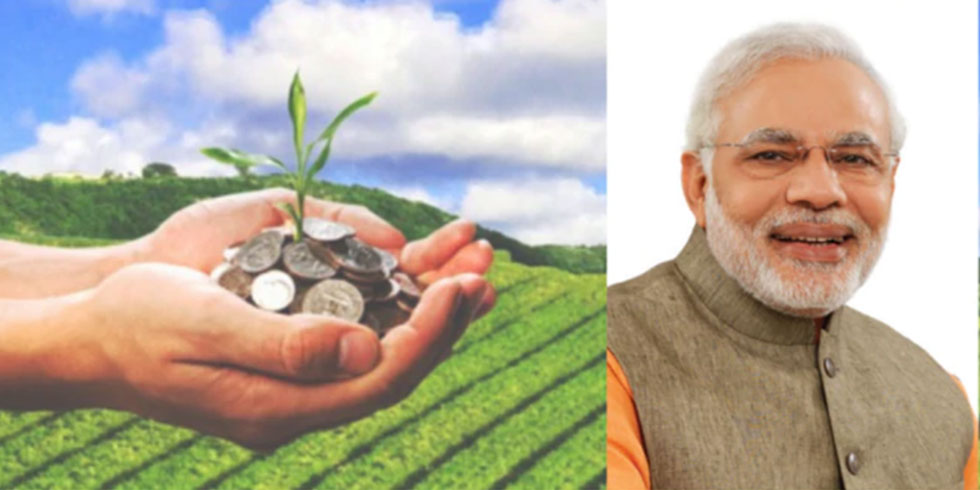 The agriculture in India plays a key role in helping the country to increase $5 trillion its economy, said PM Narendra Modi. The government was focusing on formulating a cash crop and export-centric farming system.

The effort of the Central government has led to an increase in the production and export of spices in the country, Mr. Modi said while addressing a gathering after distributing Krishi Karman Awards.
The exports of spices has risen from Rs 15,000 crore to Rs 19,000 crore and also its production has crossed 25 lakh tonne, he said.
He said the government was not only solving problems of farmers but also working towards a better future for them.
He detailed that the government has made arrangements for farmers to sell their products at any e-mandi across the country through the e-NAM network and also made facilities for cold storage.
Modi also stated the government has started an immunization programme for cattle.
"We have started an immunization programme for the cattle to ensure they do not have to spend a lot of money. We have also started PM KUSUM (Pradhan Mantri Kisan Urja Suraksha evem Utthan) scheme so that the farmers can also become energy-producers and sell it to the grid," he said.
The Prime Minister also talked about efforts being made by the Centre to solve specific issues of farmers producing crops such as coconut, cashew, rubber, and coffee.
Modi said that the government is working at three levels to strengthen fisheries - promoting fisheries in villages with financial assistance, modernization of boats under blue revolution scheme and construction of modern fishing infrastructure.
He also disclosed that the Central government has made provision of Rs 7,500 crore as a special fund for building modern fishing infrastructure.
Kisan Credit Card now also facilitates to people who are in the fishing trade business, he said.
He also stated that “The fishing boats are also installed navigation devices and restructured for deep sea fishing with the help of ISRO”.