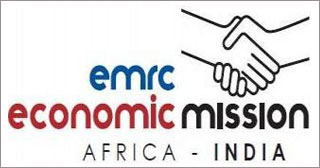 The recently revised India-Africa bilateral trade target of $90 billion by 2015 is modest and achievable, Commerce Minister Anand Sharma has said.
He was addressing the third meeting of India-Africa Trade Ministers in Johannesburg, which he co-chaired with South Africa's Minister of Trade and Industry Rob Davies, a commerce ministry release here said.

Sharma said that the economic engagement has been a buoyant one as investments from India to Africa has crossed $50 billion in the last decade, while current trade has crossed $70 billion.

India's trade with South Africa has touched $14 billion and investment flows from India have crossed $7 billion.

The statement also said that the second meeting of the India-Africa Business Council was held in Johannesburg Tuesday, where business leaders collectively identified priority sectors of private investment and presented a report to the trade ministers.