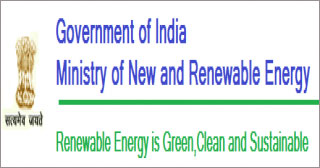 By 2017, the cost of generating solar power in India could be as low as the cost of buying conventional electricity if the National Solar Mission sticks to its target.


A draft policy document on the second phase of Jawaharlal Nehru National Solar Mission, prepared by the ministry of new and renewable energy, hopes that the country will achieve grid parity five years ahead of the original target of 2022.


"We hope to see solar tariff rate coming down to Rs 6/unit in the second phase," Tarun Kapoor, joint secretary at the ministry, said.


With conventional energy getting more and more expensive and solar power becoming cheaper, the popularity of the latter is expected to improve significantly. In phase I of the solar mission, the lowest tariff received during project bidding was Rs 7.42/unit.


The steep fall in tariff witnessed under the first phase of the solar mission has made way for possible grid parity in the second phase of the National Solar Mission that starts June next.


The government plans a combination of various schemes including viability gap funding and international funds to power developers in the second phase.


"Bidders would bid for viability gap funding requirement in Rs/MW and the bidder with minimum VGF requirement would be selected," said a draft policy document on the second phase of Jawaharlal Nehru National Solar Mission, prepared by the ministry of new and renewable energy.

In the second phase of the mission, the government plans to provide viability gap funding (VGF) for 750 MW of solar photo voltaic projects in 2013-14 and 770 MW in 2014-15. Solar thermal projects worth 1080 MW will also be funded through VGF.


Viability gap funding will be supported through finance from National Clean Energy Fund and international funds under the United Nations Framework Convention on Climate Change ( UNFCCC), according to the draft document.


The government also plans to do away with power bundling in the second phase due to limited availability of conventional power from unallocated central quota.


In phase one, solar power developers sold power to NTPCBSE 1.42 % Vidyut Vyapar Nigam, which bundled it with conventional power and sold at an average rate decided by CERC to the distribution companies.


"It is unlikely that after allocation of 1000 MW during Phase I, sufficient unallocated power would be available to support the entire capacity of under Phase II of the mission," the draft document said.


Large-scale solar projects are one of the thrust areas under the second phase of the solar mission. The mission targets to bring cumulative solar capacity to 10 gigawatt by 2017, the draft document said.


The second phase would also target deployment of 1,000 MW of rooftop projects both at off-grid and grid connected levels.