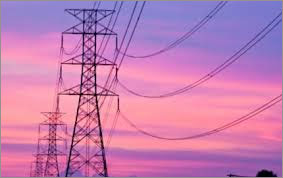 Indian power giant JSW Energy Limited “’ controlled by the billionaire Jindal family “’ has agreed to acquire CIC Energy Corporation for US$414 million (R2.9 billion) in a move to add coal assets in Southern Africa to its overall inventory, and to satisfy its power requirements.

In the wake of this announcement here, JSW Energy shares climbed 2.1% “’. the stock has advanced 14% this year compared with a 13% increase in the benchmark Sensitive Index.

“It’s a good strategic deal, which will help the company secure fuel,” said Shumukh Ghosh, an analyst at Naman Securities & Finance Limited in Mumbai, which has a “hold” rating on the stock. “They are definitely ahead of their peers in securing coal assets, and are pretty aggressive,” he added.

“The Mmamabula reserves are adequate to meet all power project requirements of JSW Energy,” chairman Sajjan Jindal said in a statement released here.

“This acquisition will enable JSW to not only secure the long-term coal requirements for its existing projects, but to accelerate the capacity expansion for its imported coal-based projects,” L.K. Gupta, chief executive officer of JSW Energy, said in the statement.

“The reserves can support setting up power plants of 2 000 megawatts of capacity in Botswana and export of 20Mt annually for 40 years,” JSW Energy vice chairman N.K. Jain said in the statement.

“Production at the acquired coalfield might start in the next three to five years, JSW Energy said.

‘”India produces 530 Mt of coal a year and imports about 67Mt,” coal minister Sriprakash Jaiswal has revealed. Coal demand in India may more than triple in the next two decades to 2 billion metric tonnes,” Jaiswal predicted.

The country is building power plants and steel mills to meet demand in the US$1.3 trillion (R9 trillion) economy, which expanded 8.85 in the three months ended 30June, the fastest pace in 2 1/2 years.

India’s government has pledged to provide electricity nationwide by 2012, and needs to increase installed generation capacity to 200 000MW to sustain economic growth, according to the power ministry. Coal is used to generate more than half of the current capacity of 167 278MW.