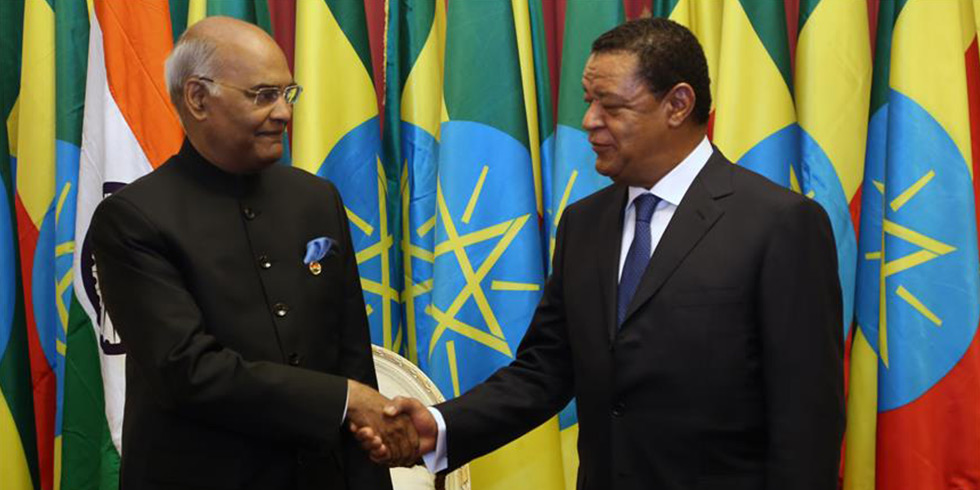 According to the official statement, the government gave its ex- post facto approval to the trade agreement between India and Ethiopia to boost economic ties between the two countries.

The decision was taken by the Union Cabinet chaired by Prime Minister Narendra Modi here.
The trade agreement will replace the existing pact signed in 1982.
The Cabinet "has given its ex-post facto approval for the trade agreement between India and Ethiopia for strengthening and promoting trade and economic co-operation".
The pact was signed on October 5 during the state visit of the President of India Ram Nath Kovind to Ethiopia.
"The trade agreement will provide for all necessary measures to encourage trade, economic cooperation, investment and technical co-operation," it added.