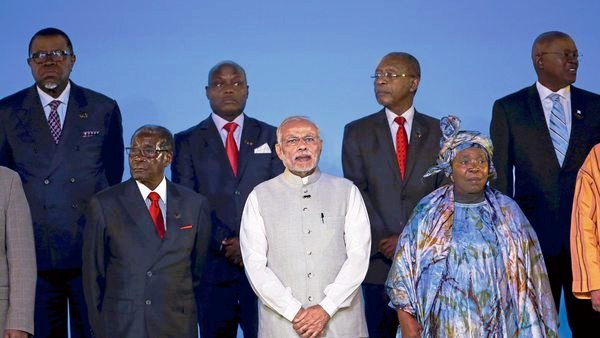 The partnership between India and Africa is based on the consultative model of cooperation, participation, and non-prescription, which is responsive to African needs. The trade between these countries has increased dramatically to USD 62.66 billion in 2018, which is 22 percent increased from the previous year. This has marked Africa as the third largest export destination of India, and this trend is expected to increase in the upcoming years.

The main factor increasing this trend is the introduction of the Duty-Free Tariff Preference (DFTP) scheme for the least developed countries, which led African countries to experience a duty-free tariff to 98.2 percent of India’s total tariff lines. DFTP has benefited around 38 African countries until now.

Project exports are an important sector in Africa, which has increased the quality of life in African countries dramatically. Line of Credit (LOC), concessional loans under buyers’ credit scheme is also an important part of achieving this trade growth.

Hydropower plant project in Rwanda, water treatment plant in Tanzania, sugar factories in Ethiopia, IT parks in Swaziland and Mozambique are some of the prominent projects which have a vast impact in the African countries. Numerous projects such as water scheme irrigation, transmission lines, technology parks, railway infrastructure, solar electrification cement plants, and many more are also included in the overall growth of Africa.